Bing, sponsor of the Bing Most Share-Worthy Video VMA Poll, posted a few tweets about the contest yesterday afternoon: 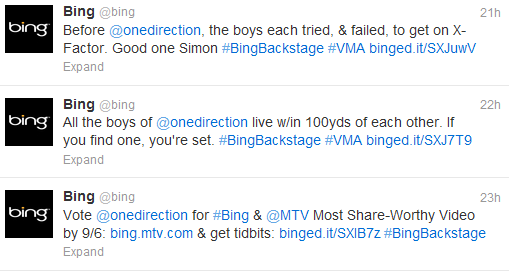 Beliebers reacted about as expected:

And even Scooter Braun, Justin Bieber's manager, had a few words for Bing and MTV, who recently aired the One Direction "My First Time" special: 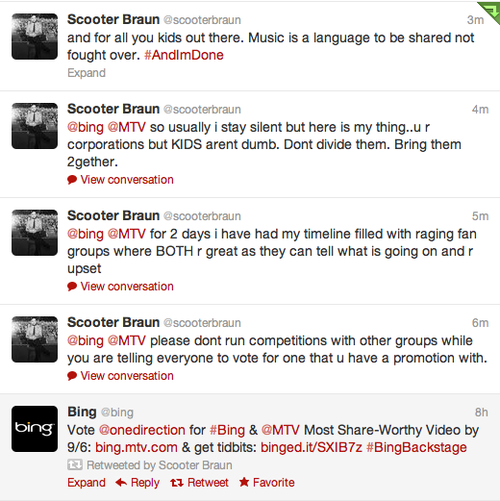 And MTV once again assured all tweens and tween-obsessed, socially-maladjusted adults that the results for their poll would be fairly tabulated:

There's being a lot of fighting words & fake DMs going around Most Share-Worthy. Cross my heart, ALL VOTES are being FAIRLY counted & shown.

Meanwhile, Justin Bieber just wants to show us all his new tattoo: