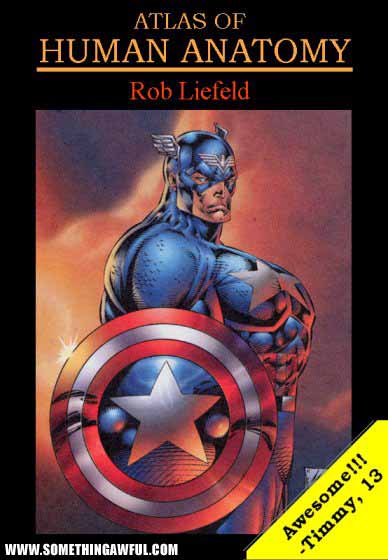 Rob Liefeld is probably one of the most divisive names in comics for fans both in Eastern Iowa and abroad. Cedar Rapids fans either love his crazy line work or hate his lack of anatomy with little inbetween. It caused much controversy at DC Comics when he took over the production of three New 52 titles with issue nine: “Deathstroke”, “Grifter” and “Savage Hawkman”.

Liefeld announced via Twitter on August 22 that the September 2012 zero issues will be his last on all three titles, ending his run after only five issues.

DC indicated when Liefeld first came on the books would be canceled without Liefeld on board, but it seems they will continue at least through their solicited issues without Liefeld’s hand. Scott Clark takes over art on “Deathstroke” from Liefeld, while long time Liefeld collaborator Marat Mychaels takes over for Clark on “Grifter”. No word yet on the “Savage Hawkman” team, but the team of Mark Poulton and Joe Bennett will most likely continue without plotter Liefeld at least for the solicited issues.

Industry critics already conjecture this may put all three titles on the chopping block for DC’s third wave of cancellations.

Liefeld made his reasons for leaving very clear in his statement online: “Reasons are the same as everyone’s that you hear. I lasted a few months longer than I thought possible… Massive indecision, last minute and I mean LAST minute changes that alter everything. Editor pissing contests… No thxnjs [sic]”

Despite Liefeld’s public statements, DC still has yet to acknowledge his departure from the company.


read from bottom up 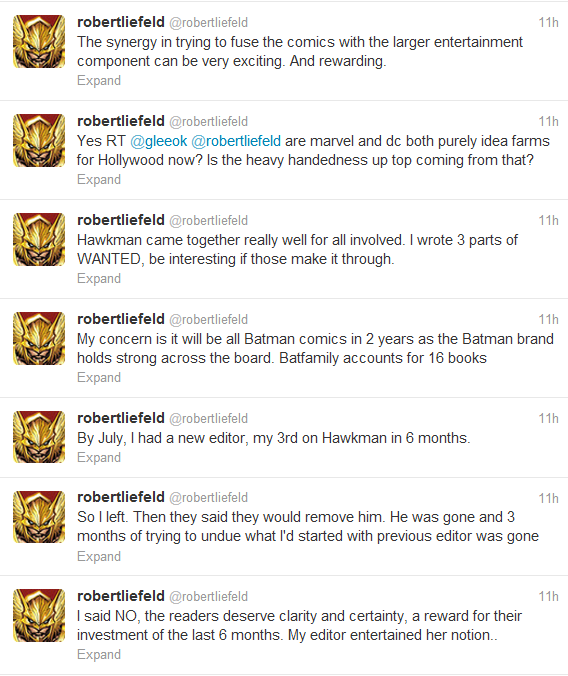 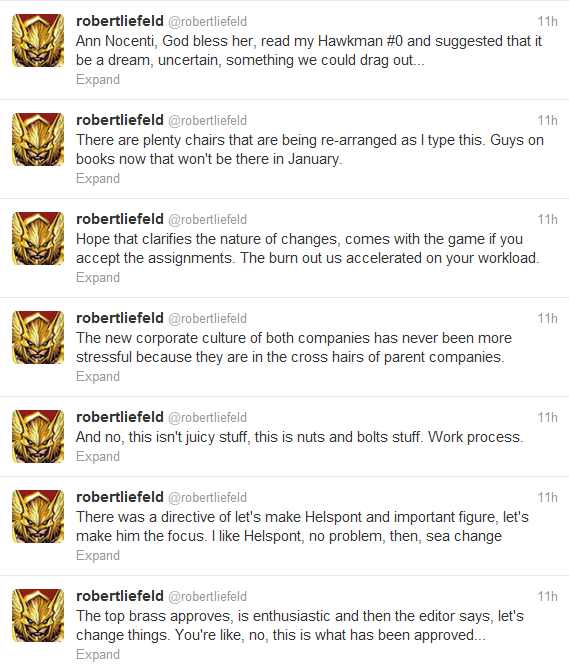 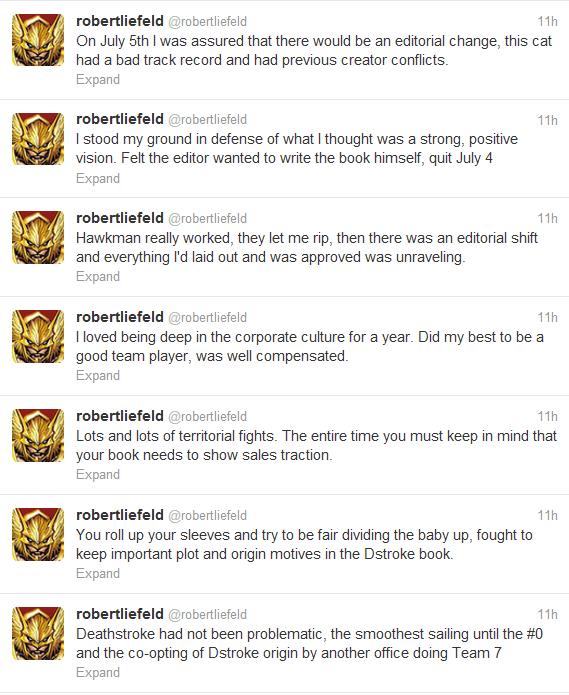 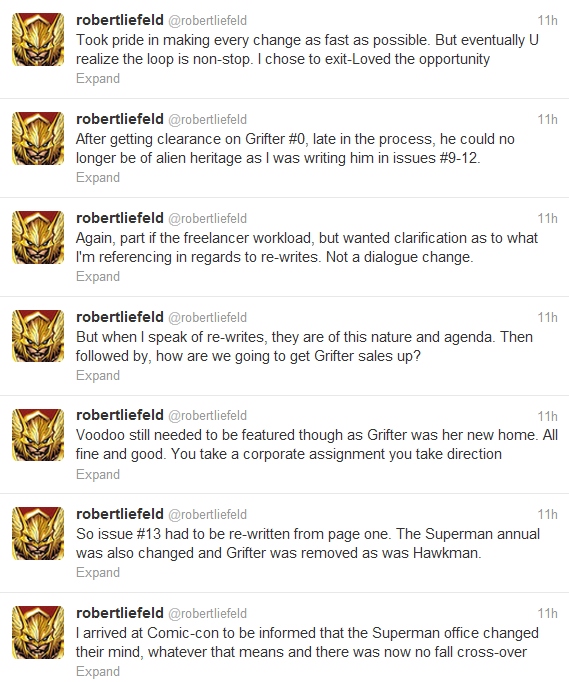 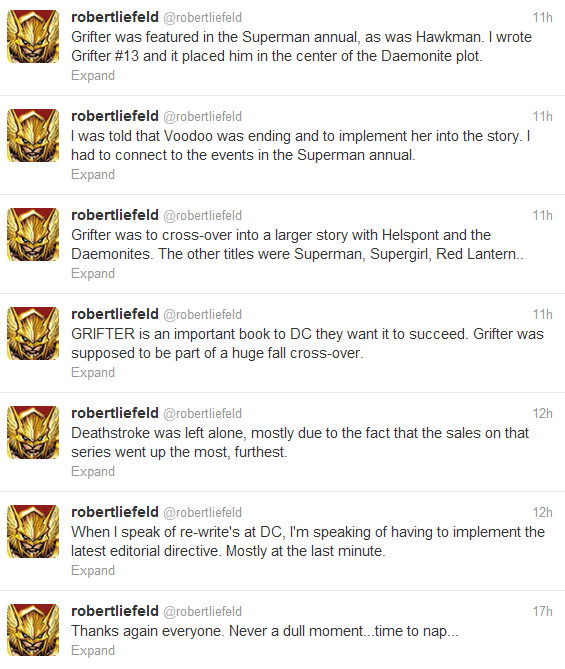 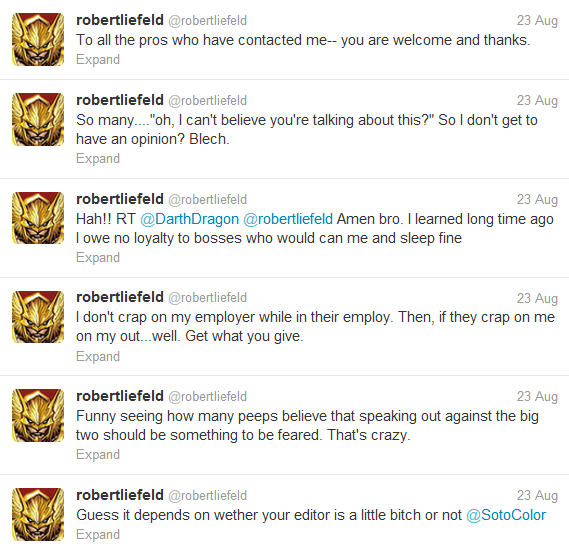 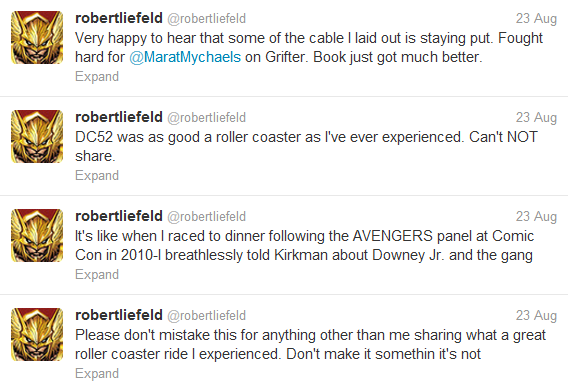 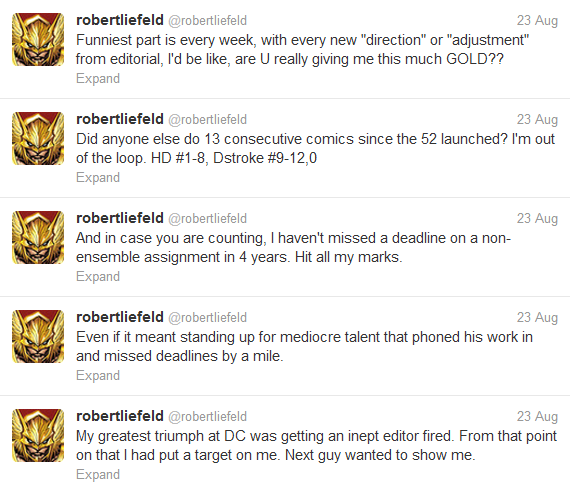 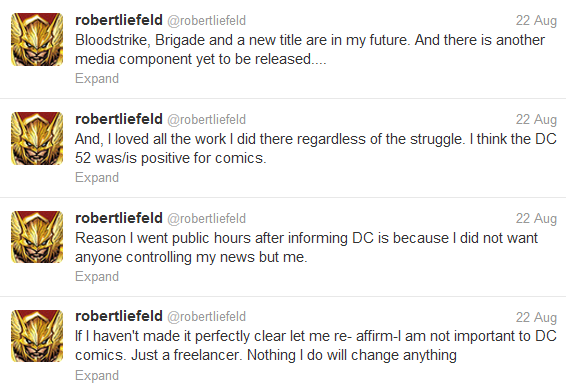 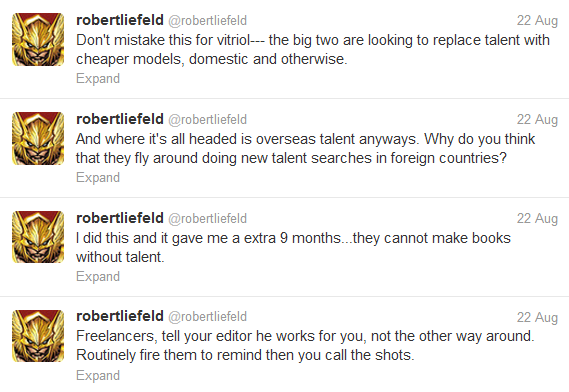 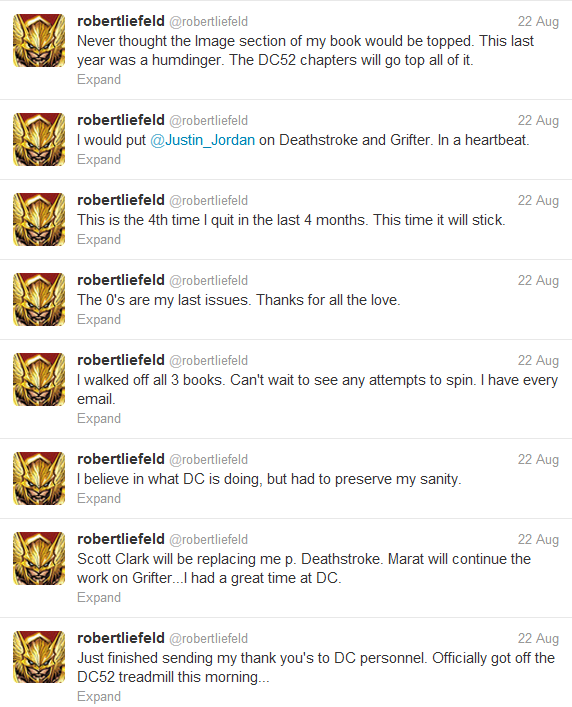