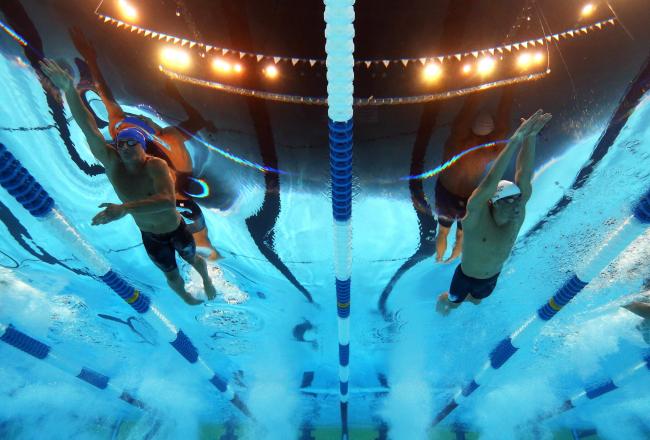 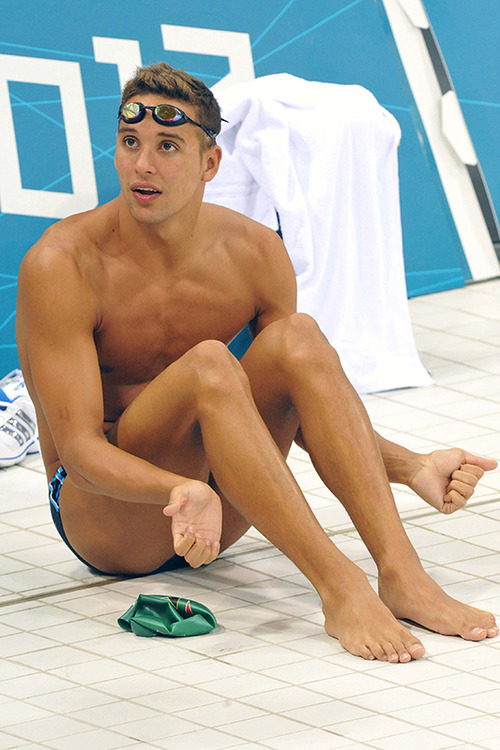 South African swimming hunk and Olympic gold medallist Chad le Clos made a girl's day by agreeing to go to her school dance when she wooed him with a poster at a Johannesburg airport.

"I just started to cry. I was shaking and I was so nervous," said Melanie Olhaus, 17, after Le Clos agreed to be her date.

Le Clos beat US legend Michael Phelps by five-hundredths of a second to take gold in the 200m butterfly on July 31.

His unexpected victory catapulted the tanned 20-year-old to instant stardom in his country.

The final year pupil at Glenvista High School in Johannesburg skipped class on Tuesday to try her luck when Le Clos was at the OR Tambo International Airport to welcome back the rest of the country's Olympic team returning from the London Games.

The pretty blonde held up a baby blue poster with the words "Chad, will you be my matric dance date???" together with pictures of her and him holding his gold medal.

"He said he thinks he's in the country at that time and he'll try and make it," Olhaus told Beeld newspaper on Thursday.

"I didn't have a matric dance date yet and I thought, why not. He's just so gorgeous!"

"Let's just say it was an urgent personal appointment," he joked.

Olhaus said other girls would not be allowed to dance with the hunk. 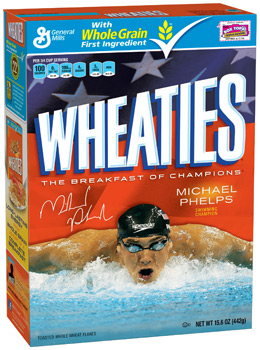 NEW YORK -- With another six Olympic medals around his neck, swimmer Michael Phelps is once again touting the breakfast of champions.

General Mills Inc. on Thursday unveiled limited-edition boxes of its Wheaties cereal featuring Phelps, who now holds a record 22 Olympic medals. Phelps was last featured on the box after the 2004 Olympics.

After the 2008 Olympics, Phelps had jumped ship to a rival Kellogg Co. to grace the boxes of Corn Flakes and Frosted Flakes.

The limited edition boxes will be available nationally starting next month.

Wheaties were created in 1924. 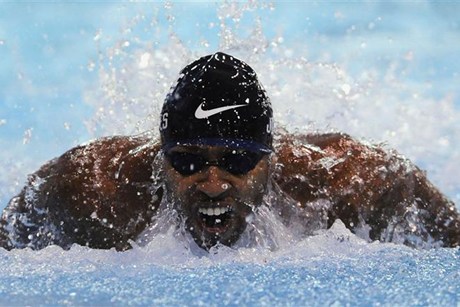 They are the best of the best, among the top swimmers in the world and back in the United States after proving their mettle at the 2012 Olympic games in London.

Olympic medallists Matthew Grevers, Cullen Jones and Lia Neal recently spoke with Reuters about their experience in London and how it has changed their lives.

"People are starting to recognize me on the street. Even just walking here, I got stopped a few times for a photograph... It's just cool that I'm recognizable. That's something that swimmers aren't used to and that's definitely changed," says two time gold and silver medal winner in the 2012 games Matt Grevers.

It was the 4x100 medley relay that helped earn teammate Michael Phelps his 22nd Olympic medal in what was his final Olympic race.

"I think that's what I'm going to remember most about this Olympics is that race. Being on the podium with those three other guys. So it was myself, then Brendan Hansen with breaststroke, Michael Phelps fly and Nathan Adrian was a freestyle anchor. And all those guys are just incredible humans, great swimmers obviously as well. But to stand on that podium and hold hands and go up together... and to be a part of Michael Phelps' final gold medal, I mean that's such an honor, something I'm going to tell my grandkids and really I'm excited about for the rest of my life," says Grevers.

Jones says thinking about the race he just finished is only one of the things going through his mind while he stands on the medal podium.

"The first thing honestly is, do everything correct because you do not want to disrespect anyone back at home. And then it really sets in when you are watching your flag go up, and you're thinking about your race, and what you just did, and just accomplished and it's just an overall sense of pride that you're able to wear USA on your back. And I've said it before, whenever any of us put that on our back, we have something special," says Jones.

"I really want to be a role model to kids. Since 2008, I started working with the USA Swimming Foundation and Make A Splash and it's a drowning initiative - a drowning prevention initiative - to try to get kids watersafe. And growing up and swimming and I almost drowned when I was five. I believe in irony. And being an Olympian, this is something that I've grown up with. Swimming is something that has always been in my life and for kids that are unfortunately dying from something that is so preventable with swim lessons," he says.

The teen says she was surprised by all the encouragement she has received.

"There is definitely been a lot of support that's been coming out and I didn't even know just how much support that I've been getting until I saw the tweets."

Neal adds that she is ready to swim again in 2016.

"I was done the first day of swimming and I was just there rooting and cheering on the rest of our team and that just made me want to get in and swim again like so badly. So I couldn't help but think forward to 2016 and hopefully by then I would've improved and have made an individual event in addition to being on the relay," says Neal. 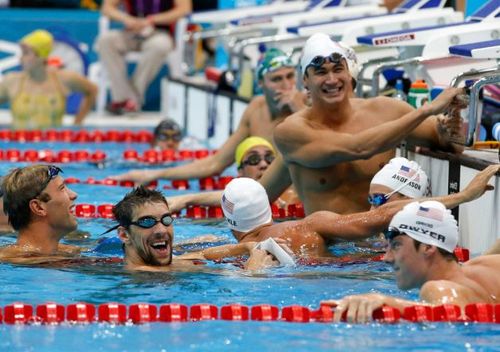 The performance of USA's Men's Swim Team was the first major story of the 2012 London Olympics.

It’s a little unfair that Team USA’s Men’s Swim Team won all of its Olympic Medals early during the 2012 London Games. Michael Phelps, Ryan Lochte and company once again dominated the pool inside the Olympic Park, but – by the end of the Games – they were no longer a main topic of conversation.

Swimming kicked off London 2012 as the Olympics first major competition and first front page story after the Opening Ceremony. Phelps became the first major story of the Olympiad when Lochte beat Phelps for Gold in their first direct competition. Then, Team USA’s loss in the four man relay shook stirred up the chlorine, too.

Phelps went on to rule the water agin from their on, but it’s a compliment to Phelps’ now legendary career that some consider his Silver Medals a disappointment – since he swept every event in Beijing.

In order to complete his meteoric ascension to the heady heights of the most successful Olympian in history, it took a group effort by Phelps’ teammates to keep their leader on course to secure his place in Olympic lore.

With the London Games now in the rearview mirror, CraveOnline had a chance to interview two of Phelps’ teammates, Nathan Adrian and Conor Dwyer, to find out what it was like walking around the Olympic Village and into the Aquatics venue.


CRAVEONLINE: At every Olympics, the popular rumor is that the Olympic Village is an athletes only 24-hour party. You’d think athletes would have no time to train because all they’re doing is chasing down condoms. What’s it really like in the Village?

Nathan Adrian: There are some pockets that are crazy. Some guys are not at the Olympics to focus on their competent. They are there for the social aspect of the Games.

Conor Dwyer: Even with some of that going on, it’s still an amazing experience being in there. We’re eating meals with so many people from around the world. It’s just not as crazy as it’s made out to be in the press.


CRAVEONLINE: As a competitor, what is your first memory of the 2012 London Games?

Conor Dwyer: It had to be walking into the pool for the first time. But, even walking off the plane, I remember thinking, “Wow. I’m at the biggest meet of my life in the biggest area I’ve ever been in.” And it’s always a huge deal to represent your company.

Nathan Adrian: For me, it’s realizing, win or lose, I was still competing for Team USA. You’re still part of a team and can root for your teammates.


CRAVEONLINE: What was the biggest difference between the Beijing Games and London 2012?

Nathan Adrian: In London, our cultures are much more similar than they were in China. Here, just being able to easily communicate is pretty awesome. The cool thing about our arena here is it’s concave. I could look left and right and see the fans. It added to a feeling of friendliness and intimacy.


CRAVEONLINE: Coming into the Olympiad, Michael Phelps’ pursuit of history was a major headline. Did the pressure on Phelps help or hinder the team?

Nathan Adrian: I think the pressure on Michael’s shoulders was felt by everybody. But, after he had the medal record, Michael called us into a huddle and thanked us. As a team moment, it was special to be there around the best swimmer in history.

Conor Dwyer: In the days before competing, I didn’t get too much sleep. But having veterans like Michael and Ryan helping to keep us focused really helped us to get ready for the meet of our lives. 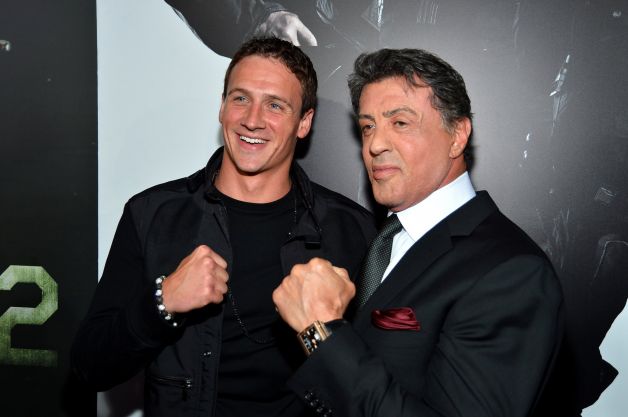 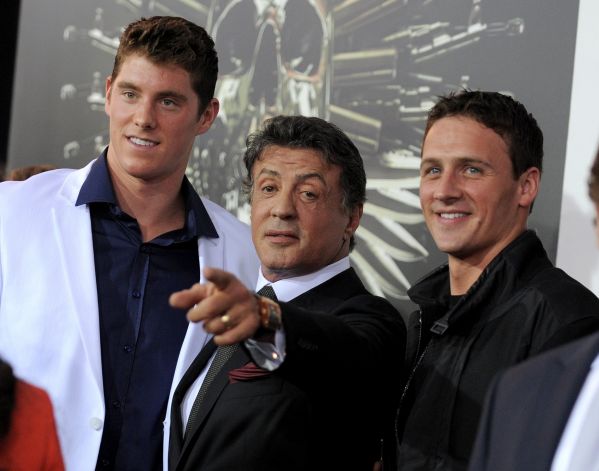 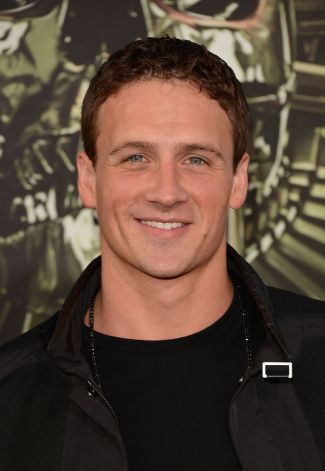 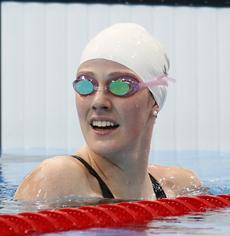 When you win four gold medals what can you do for an encore?

Well, enrolling for high school classes might be a start.

Missy Franklin, one of the stars of USA Swimming, begins classes next week and had a Tuesday deadline to register for classes at Aurora (Colo.) Regis Jesuit.

CBS4 talked to Franklin about the reception she received from her hometown. That reception included a Call Me, Maybevideo by the school's football team.

Franklin, who will swim for her high school team this season, is still thinking of swimming in college instead of cashing in on her fame.

For now she's just happy being back home.

"I was driving to school knowing where I'm going, on familiar streets — it was great," Franklin told CBS4. "Being home has been so awesome."