An Olympics post that doesn't involve the US Swim Team (sorry)

Amazing photos from the track and the pool fill the pages of magazines and the front pages of newspapers every Olympics. But thanks to social media and some camera-happy athletes we're now privy to some amazing behind-the-scenes shots as well. 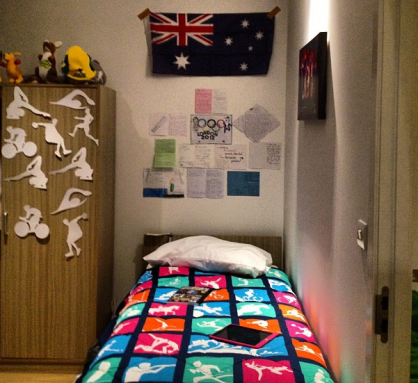 Though shots of athletes’ rooms inside the Village tend to reveal how messy Olympians can be, Australian diver Brittany Broben shared how she personalized her corner of London during the Games. The cards and Aussie memorabilia must have given Broben the push she needed as the 16-year-old scored a silver medal. 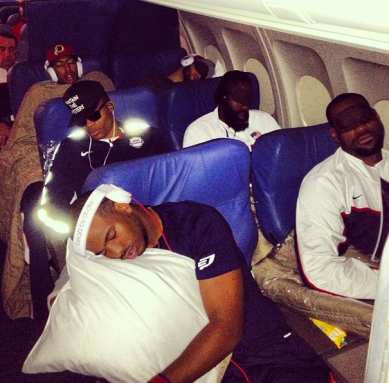 A team prank that went viral, USA basketball player Kevin Love snapped this shot of his fellow Olympians sleeping en route to London. The photo is just one in a series of unflattering but hilarious images of bball champs in various states of consciousness. 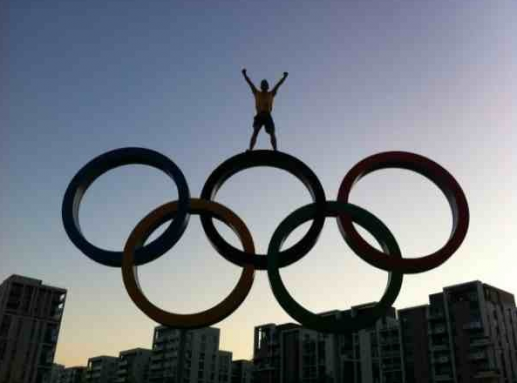 Australian diver and social media aficionado, Matthew Mitcham captured what is arguably the best shot of the amateur shots of the Games, which he shared with his Twitter followers. Standing atop the Olympic rings in the Park, the Beijing 2008 gold-medalist’s photo clearly sends the message that he’s a champion, even without a medal at London 2012. 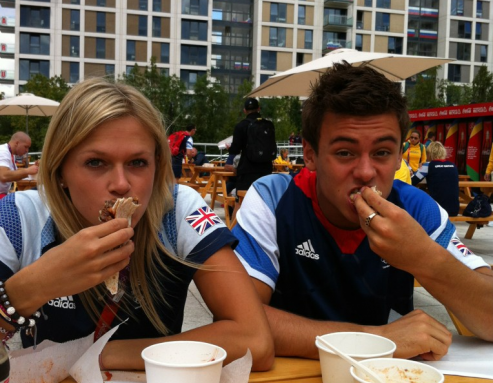 Many Brits have become accustomed to seeing bronze-medal winning diver Tom Daley’s face. The superstar teen is something of a heartthrob in his home country and his mug has long appeared on billboards and advertisements. On August 12, he showed a slightly less flattering side when he tweeted this photo of himself and fellow diver Tonia Couch calorie-loading in the Olympic Village. 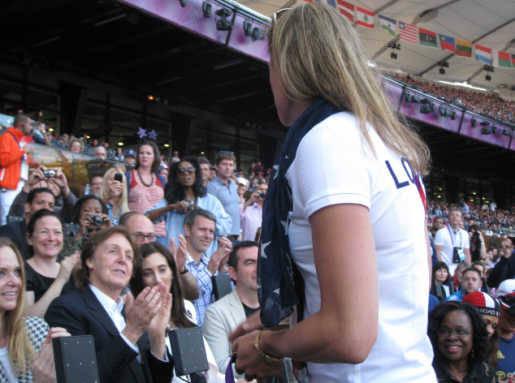 Gold-medal rower and apparent Beatle fan, Susan Francia shared her star-struck moment on Twitter with a shot of her coming face to face with Paul McCartney (along with daughter Stella and wife Nancy Shevell). 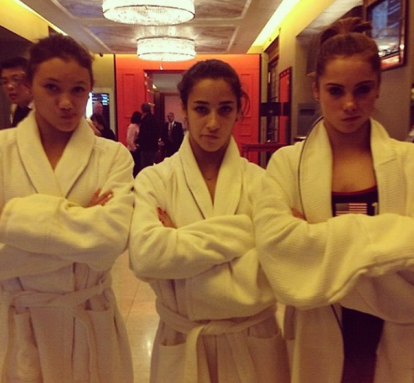 The member of the gold medal winning US team and silver-medal vault gymnast made waves when she displayed her now infamous scowl on the Olympic podium. Her expression prompted scores of criticism, as well as a hugely popular meme called “McKayla Is Not Impressed.” But on August 12, she and a few of her teammates joined in on the joke with a photo McKayla posted to Instagram and Twitter. Boasting the familiar frown, the ladies announced that the pool was closed and they were #notimpressed. 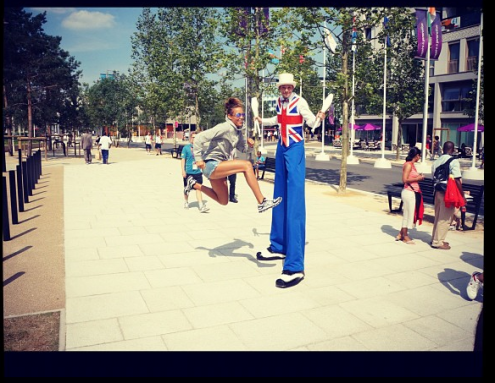 After some tough criticism from the New York Times and an even tougher loss in the 100m hurdles final, Lolo Jones was still able to clown around in London. The 30-year-old American hurdler shared this photo with her Instagram followers, along with the caption, “I could’ve used these stilts for my race the other day pal…” 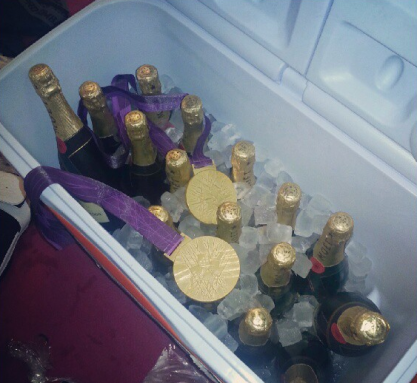 A couple of basketball Olympic gold medals chilling with bottles of Moët & Chandon can only mean one thing. LeBron James has shared his victory celebrations with Instagram. 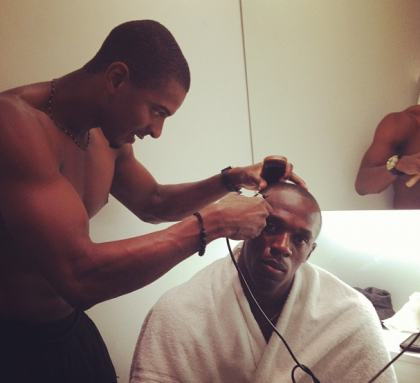 The fastest man on earth clearly isn’t above a little primping as he shared his pre-medal ceremony grooming with his Instagram followers. 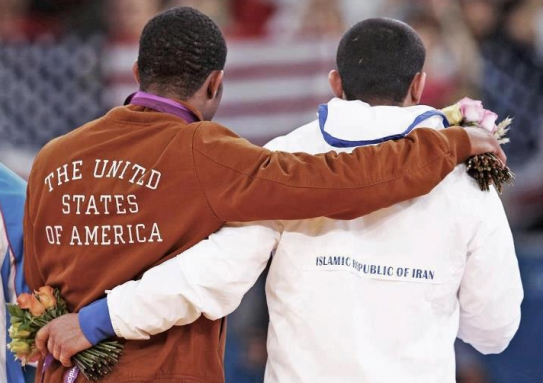 The gold-medal winning wrestler demonstrated the best of the Olympic spirit when he shared this photograph with his more than 50,000 Twitter followers after beating Iran’s Sadegh Saeed Goudarzi. The image, which shows the American wrestler with his arm around the shoulders of the Iranian silver-medallist, included the caption, “Who’s says Iran and America don’t get along? Maybe I should be president!”
Source

Mods, sorry if the formatting is a mess :/