omg why should i tell you (

PART I: SWIMMING/GYMNASTICS
Hi all, I hope you have enjoyed the closing ceremony and have been coping well with post Olympics depression. Most of them are from this post, and some are ONTD Olympics moments gathered from the FFAOs.

Drag and drop the screenshots for a clearer picture, there's a link underneath for the general "area" that the comments were from. 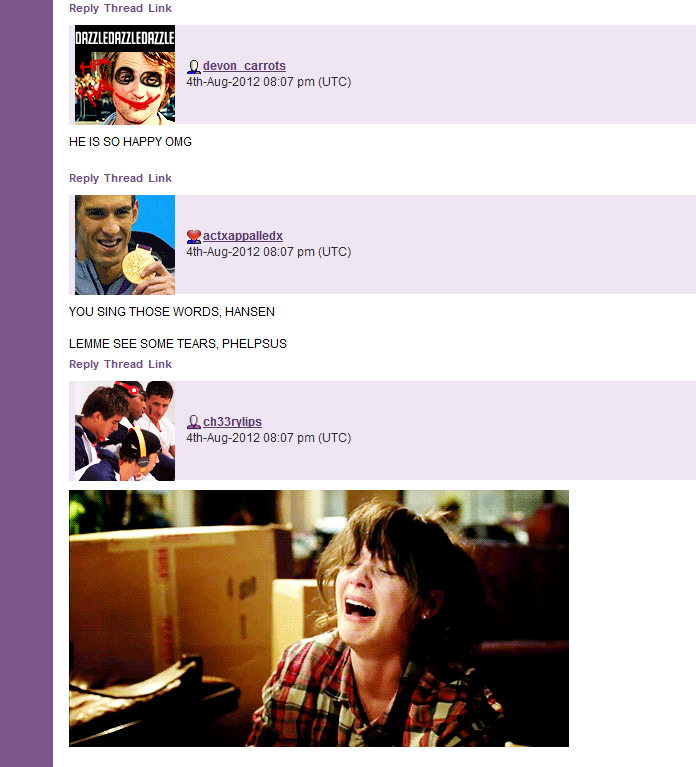 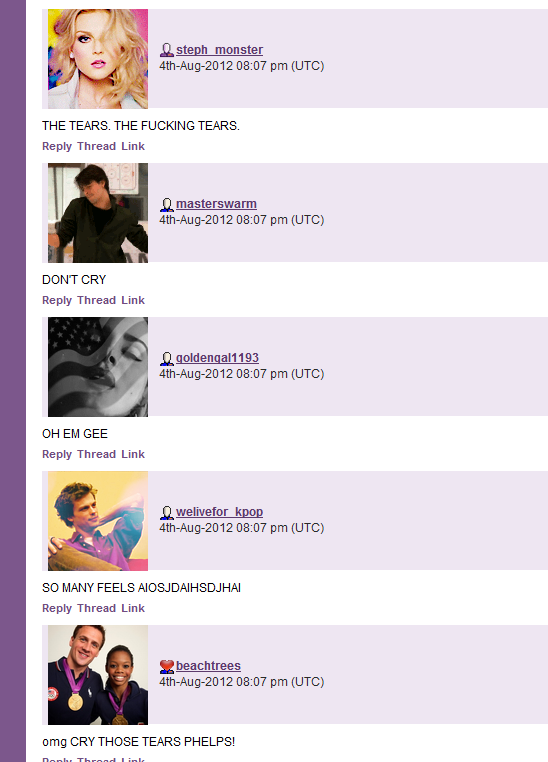 Still has all my fucking tears.
Link to actual FFAO post can be clicked from the screenshot. 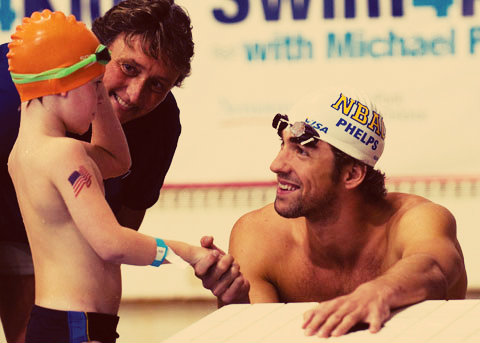 I have never been more jealous of a kid in my life.

It's okay Debbie, your son has 22 medals and so much money for you to spend.

Your Body Is A Zonderland/The Flying Dutchman 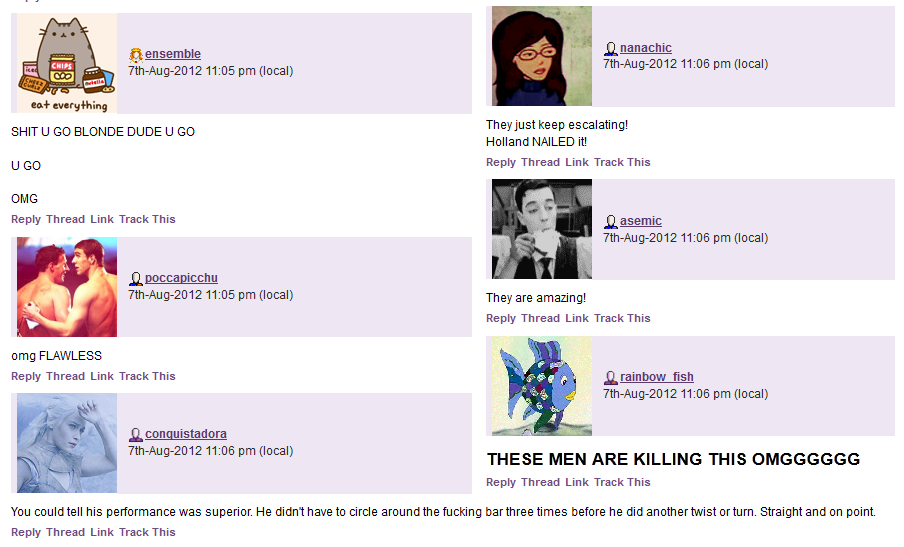 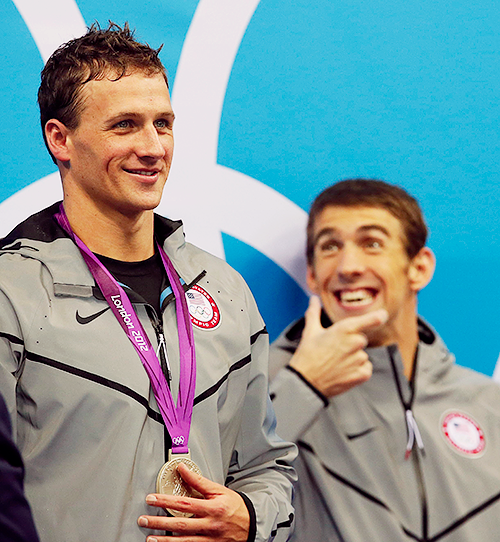 qt reezy qt michael
Shout out to our favourite and resident Phlochte stan,


Flawless mermans/mermaids. I'm too lazy to post pics/gifs of them because I know you guys will do it. Nathan, Cullen, Matt, Missy, Ricky, Rebecca, Conor, etc etc. But I'll just leave something here.

Shaded the King of human fishes, Michael Phelps. He will never be welcomed here. Also, I'm still pressed that he won gold in the 200 Back, IT BELONGED TO REEZY.
"I've always called myself more of a blue-collar worker, as far as swimming goes. I work my (butt) off all the time. That’s not to say that everybody else doesn’t, but the fact that I know I work harder than (Phelps) does makes me appreciate every little goal and every little gain that I make. And the day that it happens, when I finally beat him, is going to be a huge deal in my mind, because it would be complete satisfaction. And the only thing that would be better than that is breaking the world record."

Link
ONTD clearly has superior taste in their extreme dislike for him.

ONTD collectively orgasmed when it happened live on our TVs/shitty Internet streams. One of the best things to happen from the Olympics. It was only 3 seconds, but one of the best moments of television ever.  This happened right after the 200 IM final and he was adjusting his trunks. Watch at here(BBC link, use expat shield/magic) around 1:01:21. Thank you

At first we were pissed at South African Chad for snatching the gold from Michael in the 200m Butterfly but then we saw what an absolute qt 3.14 he is, how our Michael was like all big bro on him, and how amazing his dad was. So we forgave him and called him our adopted American bb.

Context: here International viewers, you need some serious magic to watch this. 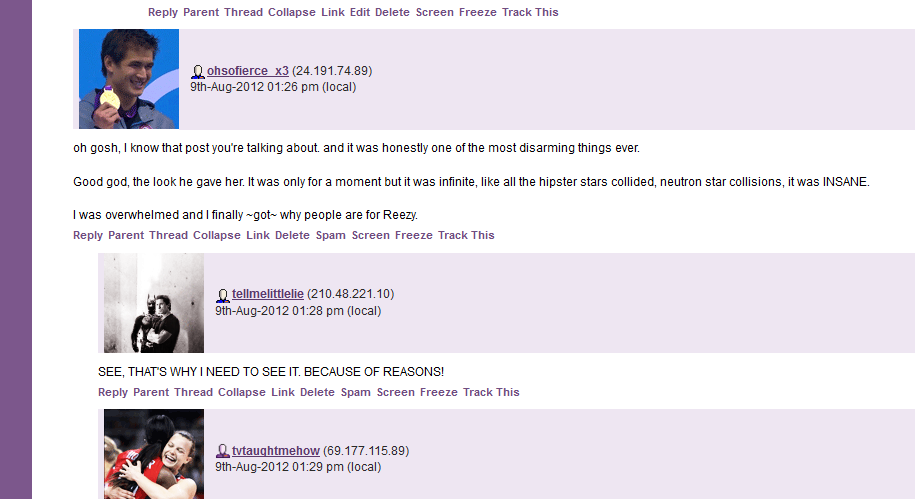 An ONTD-er needs to take over her job. We can do a much better job than her.

Part II (with the other sports) will come soon!

Sorry guys it took so long for this post. This was a bitch to make. Apolgies in advance if there are any formatting errors/missing gifs & pics/etc. I had more swimming events here because I watched more swimming than gymnastics, I'm sure you guys can make it up in the comments. Also haters ("c'mon haven't we had enough of this/they are all ugly yux") please go have several seats and let us have our fun. Thanks.

EDIT: Sorry if there weren't anymore moments (will take note of them and add in Part II or III) because there are really so many of them, and these are just the ones I remember the most. I really had no choice but to leave out Nateezy because the post was getting way too long and you guys will always make it up in the comments, amirite?
EDIT 2: Replaced the Call Me Maybe video, added in the 'ryan lochte' tag.
Tags: olympics, ontd original, ryan lochte
Subscribe
Previous
← Ctrl ← Alt
Next
Ctrl → Alt →
Previous
← Ctrl ← Alt
Next
Ctrl → Alt →