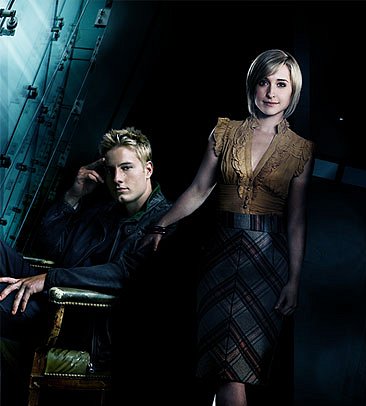 The producers of Arrow have said that they want Justin Hartley to appear in the show.

Executive producers Marc Guggenheim and Andrew Kreisberg have both mentioned a desire to see the Smallville star cameo in their new television series.

Hartley played Green Arrow - the hero on which the new show is based - in The CW's series, which concluded last year.

"We have some funny ideas for how to [include Hartley]," Kreisberg told Green Arrow TV. "More than anything, Justin has been so amazing and so supportive of this.

"Neither of us really knew him before we worked on this pilot. We actually met him during pilot season, and he's just been so cool... and he and [Arrow star Stephen Amell] have actually developed a nice friendship.

"So, we hope, in the same way that in the Superman movies you would see actors from previous incarnations joined in some way... if there's an opportunity down the road for Justin to play with us, that would be great."

"I really want to have Justin Hartley on the show in a cameo, and everyone will hopefully laugh and we come up with a clever enough cameo," Guggenheim told IGN. 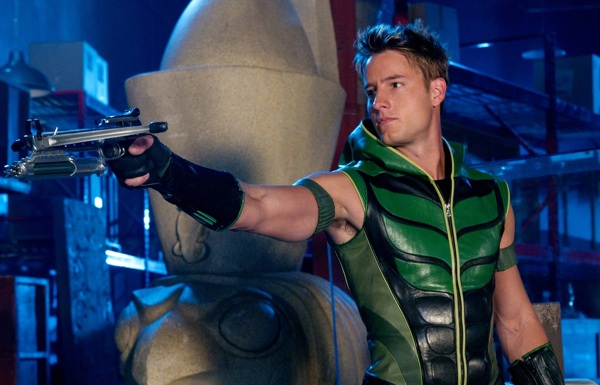 PRODUCERS DEFEND THEIR DECISION ON SNUBBING HARTLEY
Arrow exec Marc Guggenheim has defended the decision not to cast Justin Hartley in the lead role.

The upcoming CW drama is based on DC's Green Arrow comics, the same hero that Hartley portrayed in Smallville.

"We... wanted to chart our own course and destiny," Guggenheim told reporters at the TCA press tour. "Justin is a terrific Arrow."

The showrunner went on to compare Arrow to the Batman franchise, Entertainment Weekly reports. 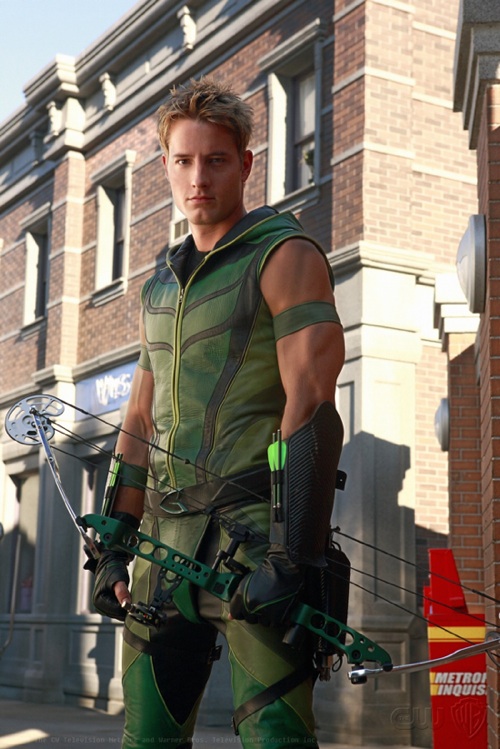 Justin Hartley previously voiced his support for Arrow, insisting that he does not resent the show's star Stephen Amell.

"[Stephen] doesn't need any tips from me," he said. "I wouldn't even begin to do that… He's going to be great."

Arrow premieres on October 10 on The CW in the US. Sky1 will air the series in the UK.