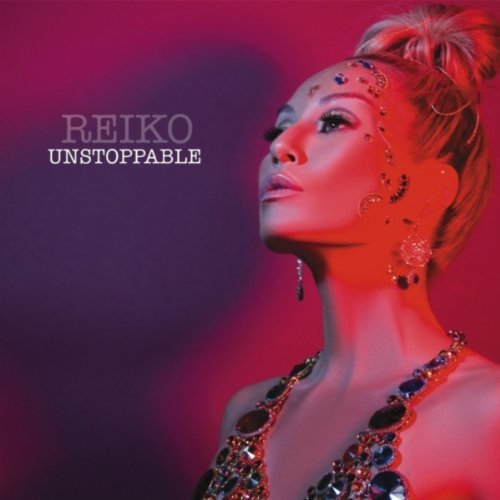 What the heck? Reiko Mackenzie has actually done something interesting?

Now don't get too excited and start thinking that on tonight's season finale of the hit Slice show The Real Housewives of Vancouver that the mother and martial arts enthusiast is going to stand up and pour a drink over Jody Claman's head.

I think that is as likely as Christina Kiesel not jerking at least one of the other Housewives' chains.

Nope. The interesting part is that Reiko has recorded a dance song called "Unstoppable."

Yes, the dojo-loving lady is signed to some label called Radley Records and her single will be for sale soon on Amazon.com.

But I have to say the album art is spectacular in a RuPaul kind of way.

Now, while Reiko acting up is unlikely in the finale I think it will be a safe bet that when the women lock horns tonight at Ronnie Seterdahl Negus's (insert the word fictional here) wine launch and then get together again for a final sit down that it will be Jody in the words of the network who helps to light the match for and "explosive finale to Season 1."

Listen to the preview on Amazon The track is released on June 26. 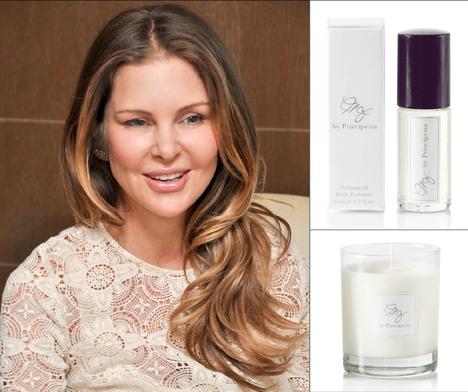 Whether you consider The Real Housewives of Vancouver a guilty pleasure or just straight-up mind rot, there’s no denying the reality–TV series is a hit. It seems like everything those cat-scrapping divas touch turns to gold. Call it “the Housewife bump”

With that in mind, one would think Mary Zilba (she’s the “nice” one) couldn’t have picked a better time to launch her new line of scented products. But as luck would have it, the footage of her collaborating with the already-established Vancouver-based company Principessa Beauty wound up on the proverbial cutting-room floor.

Thankfully, though, Zilba’s products are good enough to stand on their own. That’s right—say what you want about the show, but the woman’s got a nose for scents. In fact, I would rate MZ by Principessa perfumed oil as this summer’s best new fragrance. It’s beachy-fresh. It’s subtle. It can take you from day to night. It’s even a little sexy. Mind you, her inspiration for this particular scent is maybe not so sexy. Sweet, yes. But sexy, no.

“I always remember how my mother smelled when she kissed us good night,” recalls the soft-spoken brunette, who sat down for a one-on-one chat with the Straight at wish.list boutique (2811 West Broadway), where she was making an in-store appearance to promote the new line. “And I never really knew exactly what that scent was until a couple of years ago. I went rummaging through my mother’s stuff because she still smells that way now and found out it was this face cream from Pond’s that she’d been using for years, and it had jasmine in it.”

In addition to the roll-on scents ($69 for 29.5 millilitres and $39 for 5 millilitres), the MZ by Principessa collection also boasts a pretty, nude-pink lip gloss ($19). This was a must-have for Zilba, along with her ultra-rich Luxurious Body Butter ($49).

“I think in a past life, I was half alligator—I’m serious,” says the amiable and earnest mother of three, whose line is carried at wish.list, BeautyMark (1268 Pacific Boulevard), and Kiss & Makeup in West Vancouver’s Park Royal. “I have such dry skin that if I’m going to do a moisturizer, it’s got to be top of the line…so I think we nailed it. It’s really good.”

She also made sure to include a really nice-smelling soya candle.

“I’m a person who has candles all over my house,” she says. “In fact, my kids think it’s the Catholic starter kit at home, [they’re] like, ‘Mom, I feel like we’re in a monastery with the candles everywhere.’ So yeah, I needed a candle.”

And if you can’t decide which product you like best, you can get a gift set that includes a candle, lip gloss, and perfumed oil. At the request of her business partners, Zilba calls this package the “Team Mary” special—a wink and a nod to her on-air personality clashes with certain castmates.

“I don’t know if I really like the ‘team’ stuff, to be honest, but they thought it would be a cute thing to do,” she says, adding, “It’s more just like a bundle of things you can buy at a discounted price.”

As for Zilba’s mother, she couldn’t have been more touched by her role in the making of the MZ by Principessa scent.

“I brought some with me the last time I was home—one of the little perfumes—and she got to smell it,” Zilba says. “She cried her eyes out when I told her about it and why I created it.”