~I work all night, I work all day, to pay the bills I have to pay/Ain't it sad~

Turns out celebrities take full advantage of tax avoidance schemes. Osborne and co "shocked"
It's all been kicking off over the economy and it was only a matter of time before the media got all up in ce​lebrities' business in the hunt for some naughty celebrity perpetrators:

Step forward Jimmy Carr, comedian, who in 2010 gave us this little rant on the shenanigans at Barclays Bank:

Prime Minister David Cameron today branded the tax arrangement of comedian Jimmy Carr "morally wrong" after it emerged he was using a scheme which allows the wealthy to pay as little as one per cent of their income.

HMRC have confirmed the K2 scheme is under investigation and have vowed to "challenge it in every way available to them", saying "the Government does not intend anyone, no matter who they are, to get away with paying less than they should."

The tax scheme is understood to protect £168m a year from the taxman in Jersey, with Jimmy Carr as its largest beneficiary.

Speaking at the G20 summit the Prime Minister told ITV News: "I think some of these schemes - and I think particularly of the Jimmy Carr scheme - I have had time to read about and I just think this is completely wrong.

"People work hard, they pay their taxes, they save up to go to one of his shows. They buy the tickets. He is taking the money from those tickets and he, as far as I can see, is putting all of that into some very dodgy tax avoiding schemes.

"That is wrong. There is nothing wrong with people planning their tax affairs to invest in their pension and plan for their retirement - that sort of tax management is fine.

In April, George Osborne told The Daily Telegraph: “I was shocked to see that some of the very wealthiest people in the country have organised their tax affairs, and to be fair it’s within the tax laws, so that they were regularly paying virtually no income tax. And I don’t think that’s right.

“I’m not allowed to be shown the names of the individuals but I’ve sat with the most senior people at the Inland Revenue, the people who run some of the high net worth units there. They have given me examples, anonymised examples, and so we are taking action.” (LOL LOL LOL) 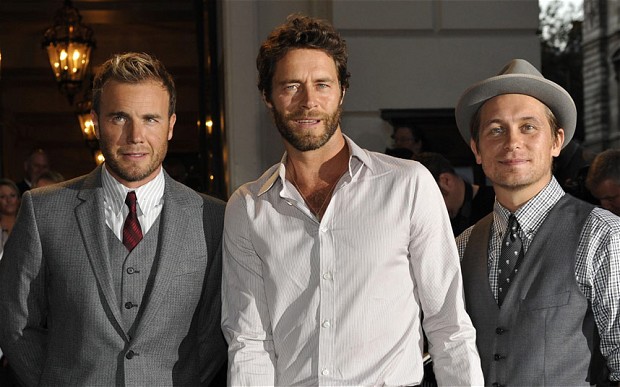 Revenue and Customs officials confirmed it believes the partnerships are designed to allow members to avoid tax and said it will be attempting to close the structure at a tribunal later this year.

According to an investigation by the Times newspaper, the singers invested in a partnership run by Icebreaker Management Services.

If HMRC are found to be correct, the company could have to pay back millions of pounds.
A spokesman for HMRC told the Times: “We have taken firm action to protect the Exchequer from unacceptable tax loss. We do not accept that the Icebreak tax avoidance schemes have the tax effects their promoters claim.”

A spokesman for Icebreaker denied the partnerships were designed to avoid paying tax, saying they were created to invest money in the music industry for taxable profit.

“Abuse of the tax system for personal gain is, of course, never acceptable”, he said.
Lawyers for Gary Barlow, Mark Owen, Howard Donald and Jonathan Wild confirmed they were investors in two partnerships but told the Times they paid significant tax.
They did not believe they were tax avoidance schemes, lawyers said, and investments were made after taking financial advice.


IDEK ONTD. It's been a long, slow news day. Come in and sound off about money/defend Jimmy Carr/disparage the character of Take That etc etc??