Christopher Eccleston: Don't Call Me For Doctor Who Anniversary Special 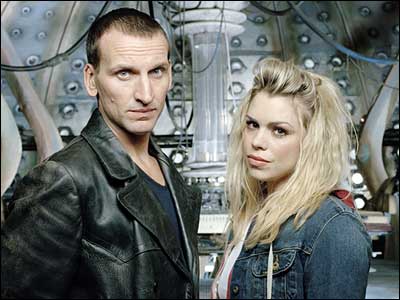 BBC is most definitely planning to celebrate the 50th anniversary of "Doctor Who" in some extraordinary way. But if any of the plans involve a multi-Doctor arc featuring the surviving actors from the series, at least one Doctor says he wants nothing to do with it.

Christopher Eccleston, who helped revive the series after more than a decade, and who ended up staying just a single season says he has some great memories from his time on the show. But he also has some bad ones -- some which prompted an early departure, probably the same ones that are not encouraging him to return.

"I never bathe in the same river twice," Eccleston recently told British talk show host Graham Norton. That river, in this case, is the Doctor Who franchise.

Eccleston still won't share the details about what happened during his time in the Tardis back in 2005, and probably never will. But in a separate interview with the Daily Telegraph, Eccleston makes it much more clear that his departure was not as happy as some have portrayed it.

But he doesn't mind still being associated with the series, especially when it comes to young people.

"I'm hugely grateful to the children who come up and talk to me about the show," he said. "I've lived my life, particularly my working life, on the basis that I have to be able to look at myself in the mirror about the way I behave. It wasn't a bold move, it was an entirely natural one."

Since leaving "Doctor Who," Eccleston has been a very busy actor on both sides of the pond. He first played Claude, an invisible man who helps track down other people with special abilities in the first season of NBC's "Heroes." (lol,rly?) He later took a big box office role as Destro in -oscarworthy- "G.I. Joe: The Rise of Cobra" in 2009.

He most recently finished work on a television series episode called "The Fuse," and will star in the British comedy "Song for Marion" with Vanessa Redgrave and Terence Stamp.

"Doctor Who" returns for its seventh season this fall with Matt Smith as the Eleventh Doctor.

Clearly he can't go back to that set because he had an affair with Sue from catering.