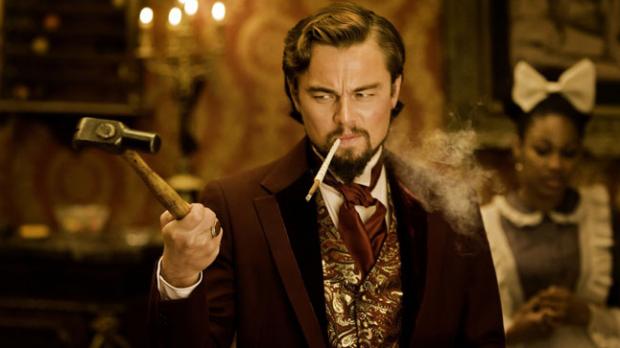 Quentin Tarantino still has more than two months left of shooting on Django Unchained - and yet already, a trailer for the western revenge tale (which is actually set in the pre-Civil War South) premiered at the 2012 Cannes Film Festival.

Some 7-8 minutes of footage from Django Unchained was screened for the media in attendance at this year's Cannes - along with material from such titles as P.T. Anderson's The Master and David O. Russell's Silver Linings Playbook. To top off that also saw The Master teaser trailer pop up online, we've rounded up a handful of descriptions and reactions to the scenes shown from Tarantino's latest (and they're SPOILER-FREE to boot).

Here's an excerpt from Indiewire's scoop on the Django Unchained footage:
Next, we have some thoughts on the footage from AICN:
To top all of that off, here is Vulture's report on the screened footage:
So, there you have it. It sounds as though the early consensus (based solely on the trailer shown) is that Tarantino looks to serve up yet another healthy helping of pulpy entertainment - one that proudly wears its spaghetti western influences on its sleeve, beyond either Inglourious Bastards or Kill Bill: Vol 2.

Admittedly though, all the surprised reactions about the amount of twisted comedy in Django Unchained are a bit... well, surprising themselves. Isn't off-beat humor a Tarantino trademark, by this point? Moving on...

Django Unchained opens in theaters around the US on December 25, 2012.

@TwitchFilm: DJANGO gets the most whoops. Plenty of blood, plenty of laughs. Looks like it will be the Christophe Waltz  show. "The D is silent." #Cannes

@jayhanson2: Django unchained gets a few minutes at #Canne2012 to hype up tarantinos latest. Leo doin his thing n the standard slick soundtrack we expect.

So excited for this! Between this and the Master, I am getting really pumped up for awards season, ngl.