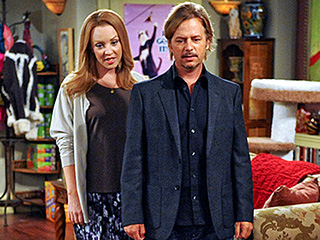 t ain’t the sexiest comedy in prime time, but it performs — which is why CBS decided to pick up yet another season ofRules of Engagement.

The Eye ordered 13 more episodes of the comedy that stars David Spade and Patrick Warburton. This season, Rulesaveraged a 3.3 rating/9 share in adults 18-49 and 10.2 million. It is CBS’ fifth most watched comedy, slightly more than How I Met Your Mother. Yes, you read that right.

Rules will serve as a midseason replacement.

I've never seen this show, although I've always sort of wanted to because I adore Oliver Hudson. I didn't think it did that well in the ratings, though.