In anticipation of the London Olympics, Karlie Kloss teams up with America's top male athletes as they set their sights on the gold. 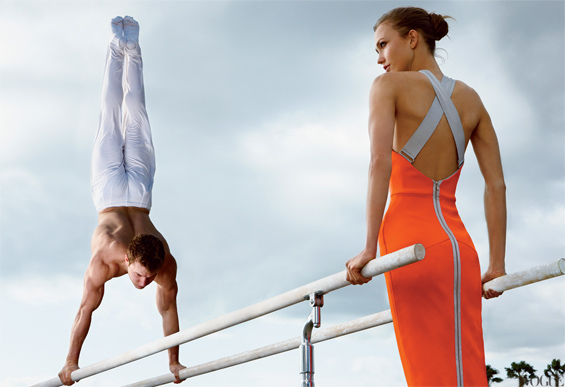 JONATHAN HORTON | GYMNASTICS
Four-year-old Jonathan Horton was at a Target in his hometown, Houston, when he attempted his first public gymnastic feat. All of a sudden his mother couldn’t find him. Store employees scoured the aisles until the manager happened to look up, to the top of a 20-foot pole, where Horton was smiling down on terrified shoppers.

“My mom and dad enrolled me in gymnastics the next day,” Horton says. Gymnastics did not run in the budding Olympian’s family, but he did have a genetic predisposition to a small but muscular physique. “I come from a long line of short people,” the five-foot-two-inch Horton jokes. “It’s almost like I was designed for the sport.” The shoppers at Target that day may have predicted the silver medal he would go on to win at Beijing in 2008, but not Horton. “I’m 26. I’ve been doing this for 22 years, and I still have a hard time believing that I made it to the top.” 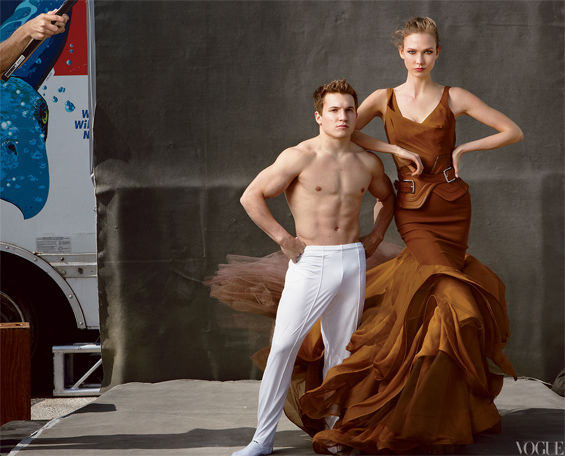 Of all the apparatus, the horizontal bar, also known as the high bar, has always been Horton’s favorite—“It’s high-flying,” he says—but he wasn’t a likely candidate for the podium in Beijing. He barely squeaked into the finals and switched his routine two days before. “I told my coach, ‘You know, if I am going to compete in an Olympic final, I don’t want to just participate, I’d like to go for a medal,’ ” he recalls. “And my coach looked at me like I was crazy.” Which he was: Routines are planned and practiced for years, not days. He added a release move he had never attempted in competition, the high bar’s most difficult at the time—a Cassina, named for Igor Cassina, the Italian who won the gold at Athens in 2004. “After I caught it, I remember my heart was pounding,” Horton says. “My adrenaline took off, and I just kept going.” Upon landing, he saw his teammates going nuts. “I knew it at that moment. I said, ‘I’m going to win a medal.’ It was insane.” 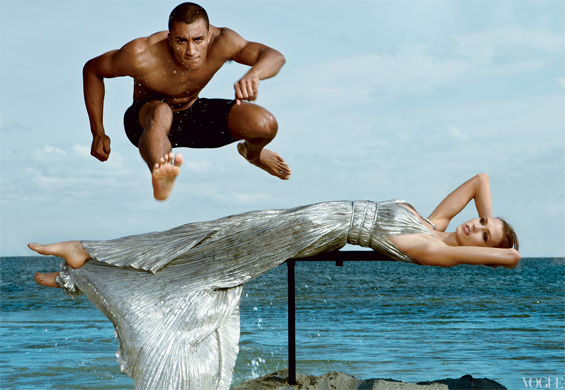 ASHTON EATON | TRACK AND FIELD
In a little town called La Pine, Oregon, in the shadows of the Cascade Mountains, Ashton Eaton watched Carl Lewis and Mike Powell’s famous 1991 long-jump showdown on his grandma’s TV—and then proceeded to sprint outside to take a leap himself. He credits his mom for supporting him in his first big race—a timed mile in his elementary school that she prepared him for as if it were an Olympic qualifying round. “She could have said, ‘Ashton, honestly, it’s a PE class. Big deal.’ But no—she went and bought me spikes. I remember I ran it in 6:30.”

He went from hating cross-country to loving track to wanting to master as many events as possible, which, with some perspective, can sometimes seem like too many. “You start out and it sounds like a good idea,” says the 24-year-old, who competed in his first decathlon during his freshman year of college. “And then when you get older you think, Why would I ever do this?” Perhaps the motive is in the results. The current track-and-field world champion recently set a record at the World Indoor Championships, including a personal best in the long jump at 8.16 meters. 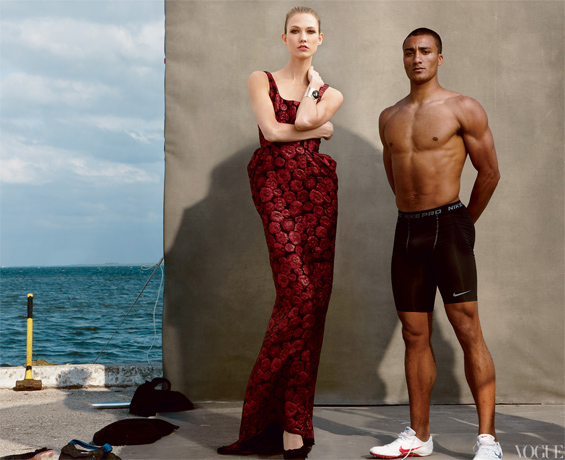 Getting ready for a multi-event competition is grueling. (In London, which would be his first Olympics, Eaton hopes to compete in the decathlon.) In any given week, he will train in the long jump, high jump, running, hurdles, shot put, discus throw, and javelin throw.

Away from competition, decathletes are known to get along well—they understand one another’s pain. As it happens, Eaton’s fiancée, Brianne Theisen, is the female Ashton Eaton of Canada, and also likely London-bound. “I actually asked her for help in the high jump yesterday,” he says. “And she’s a better high jumper than I am.” What was that advice? “It was pretty technical,” he says. He boiled their session down to one sentence that even a non-Olympic couple could understand: “I don’t have a very good approach, and she has a really good approach.” 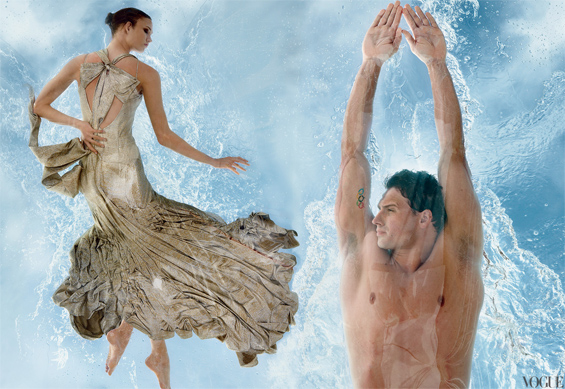 RYAN LOCHTE | SWIMMING
Last summer, Ryan Lochte raised more than a few eyebrows when he beat Michael Phelps at the world championships, stoking the press for a Phelps-Lochte rivalry during the London games. Phelps beat him more recently, but let’s not forget that Lochte, 27, won a gold and a silver medal in Athens, in 2004, and then went on to win two golds and two bronzes in Beijing in 2008. This year, those who study the swim lanes see Lochte as the favorite for as many as five gold medals in London, should the new king of the pool beat the reigning one.

The road to the London showdown began in Bloomfield, New York, in the Finger Lakes. It was summertime, and Lochte was in the log house designed by his father, a swim coach at the nearby community college. The TV was tuned to the 1992 games as Pablo Morales, the Chicago-born swimmer, touched the wall to win a gold. As Lochte remembers it, “I said, ‘You know what? Someday I’m going to get a gold medal just like him.’ ” 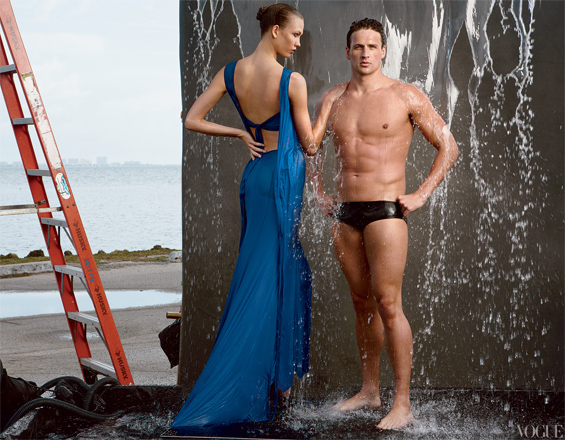 His mom, also a coach, taught him to swim. “To this day, she will say that I got my perfect stroke from her,” he says. He went on to the University of Florida, setting records in the individual medley and the backstroke. Lately, he has attracted the attention of a notable number of sponsors—Gillette and Gatorade, Speedo and Ralph Lauren—partly because of the number of events in which he is favored, partly because of a penchant for pairing swimsuits with gold bling. To come through in London, all he has to do is keep up a workout regimen that is as calorie-consuming as it is sensitive to the slightest change: “If you take two or three days off, you are not going to feel right for a week or two.” He also has to avoid his non-medal events. “I’m always bruising and scraping things playing basketball and skateboarding,” he says. “I’m pretty much a coach’s nightmare.” 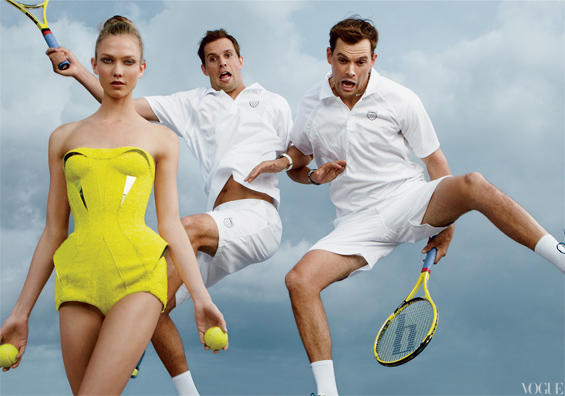 BRYAN BROTHERS | TENNIS
Despite the number of trophies 34-year-old twin brothers Bob and Mike Bryan have won—after seven years as doubles champions, a world record—it’s the Olympic medal that wows people. “The trophy that everyone wants to see when they come over to our house is the bronze from Beijing,” says Bob. There are other records that they keep to themselves, specifically regarding rock ’n’ roll, the thing besides tennis that they are nuts for. Their personal grand slam came when they played with the Counting Crows. “Bob took a piano solo. I did my little guitar thing,” Mike says. “We were riding high for a long time after that ’cause that’s kind of what you dream of.”

The lefty (Bob) and righty (Mike) play music, they argue, the way they play doubles. “We’re kind of on the same wavelength when we’re jamming, and we know when to take the dynamics up and down and where we are going,” Mike says. 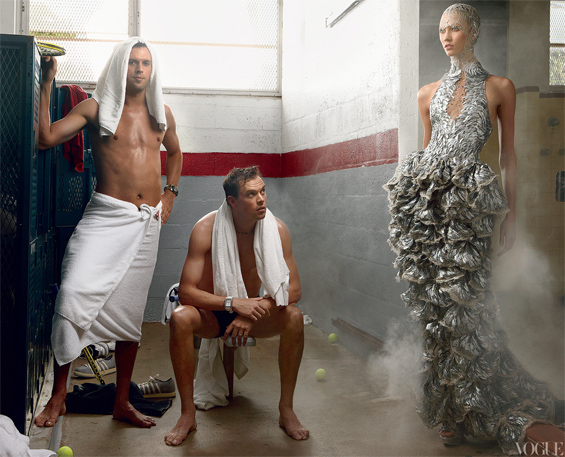 They have been considering changes in their game on and off the court lately. On the court, it’s about formation. “We’re going to work on more approaching and maybe run some I-formation. We’re the only team that doesn’t do the I,” says Mike. Their off-court lives have their fans wondering, after their many years living together in Southern California, if they can maintain their brotherly chemistry living on opposite coasts. Bob, the married one, moved to Miami, his wife’s home, where he says his new daughter has him more focused. Mike, still in California, just got engaged, and Bob wants him to move east. “I’m trying to woo Mike,” says Bob. “Tomorrow we’re taking him on a boat around Miami, to show Mike the best spots.”

“What we gotta do is get you to the West Coast,” Mike says. “The West Coast is the best coast.”

The battle for home-court advantage has officially begun. 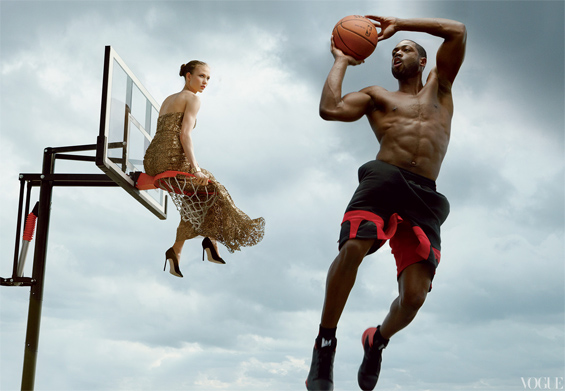 DWYANE WADE | BASKETBALL
It would be a cinch to dwell on Dwyane Wade’s record-breaking off-court style, a free point. Here’s a guy who can use color—pocket squares, shirts, ties that don’t just dazzle but change the game—like a three-point shot at the buzzer, the hoop that takes it home. Wade is just about the only guy you saw runway-side in Milan (where he stopped the pre-show crowd wearing distressed jeans and a sky-blue blazer) who also once paused play in an NBA game—in which he was lead scorer­—to adjust the coach of the Philadelphia 76ers’ tie.

The first time Dwyane Wade went to the Olympics, in 2004, he was really still in awe of his heroes. Having grown up on the South Side of Chicago (where he is at work building a community center), he idolized guys like Michael Jordan, whom Wade, 30, patterned himself after in a lot of ways. “We grew up watching the Dream Team, and we thought it was an honor to be on the team,” he says of his fellow rookie Olympians, players like LeBron James and Carmelo Anthony. He was shocked when, in Athens, the all-stars lost to Puerto Rico, Lithuania, and then to Argentina in the semi-finals—a golden flop, 89–81. “We had to wait four years to get back and hush everybody up and redeem ourselves.” 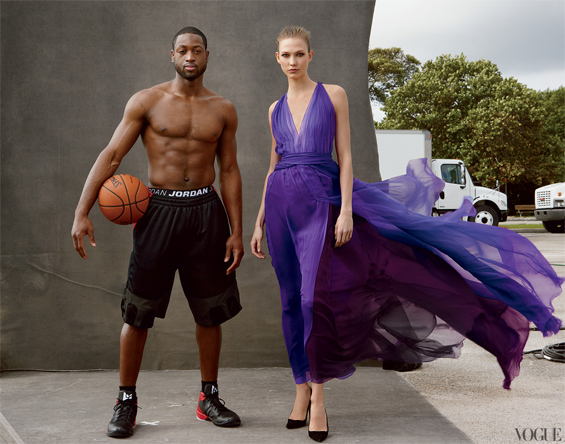 He flew past injuries—you don’t make mind-blowing layups without risking at least your hamstring—to lead the so-called Redeem Team in 2008. He scored big when it mattered, especially in the difficult final game against Spain. When Kobe Bryant and Le­Bron ran into foul trouble early and were benched four minutes into the game, Wade surged ahead, coming up with three three-pointers and reigniting the team’s fight for the gold. Is he surprised to be up for 2012 in London? “I thought Beijing would be my last one, but here I am!”