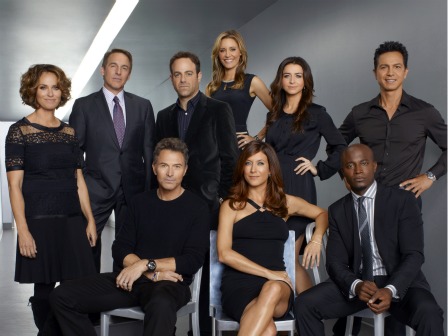 That was close! ABC has renewed Private Practice and Body of Proof. Shonda Rhimes’ medical drama is coming back for a sixth round, while the procedural starring Dany Delany will return for a third season.

The Private Practice was mostly expected but not a sure thing. The medical soap was performing decently in its usual time period at 10 p.m. on Thursdays. But with ABC taking a leap of faith by renewing Rhimes’ new political drama Scandal, plus bringing back flagshipGrey’s Anatomy and ordering a host of new shows, ABC could use the post-Grey’s real estate on Thursdays to launch a freshman drama or give support to Scandal. When moved from Thursdays recently, Private’s ratings dropped off sharply, suggesting it might not be able to survive in the wild.

Private Practice has averaged 8.1 million viewers and a 3.0 rating this season. Body of Proofaveraged 9.9 million and a 2.1 rating.

So happy about Private Practice, ngl. And they didn't say anything about it being 13 episodes, so here's hoping it's a full season.