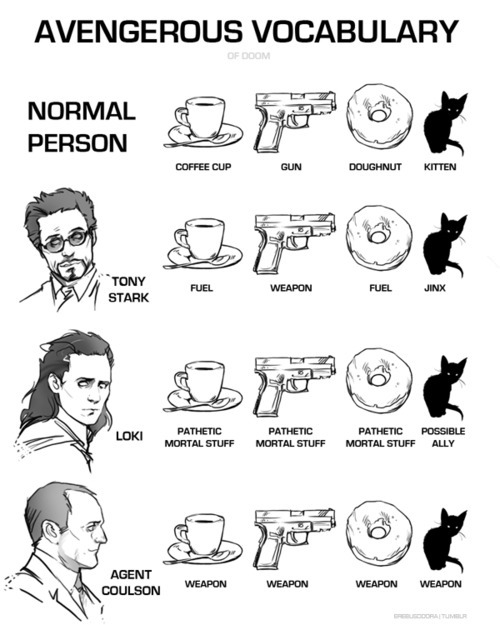 Now that most of the planet has seen The Avengers, we're going to freely talk about one of the more tragic aspects of Joss Whedon's movie. So if you wish to remain spoiler free stop reading here!

We've already analyzed why Whedon always kills the characters we love most — but now we want specifics. What made him want to kill Agent Coulson off? And wasn't he worried that killing off this beloved agent, the "character-killer" stigma would stick to him worse than ever?

At the junket for The Avengers we asked Whedon, and he responded that is just simply had to be done... and totally wasn't his idea.

Are you worried about perpetuating the "Joss Whedon kills your favorite character" stigma, with what you did to Agent Coulson in The Avengers?

Joss Whedon: In our first meeting Kevin Feige said, this is what we're gonna do and I said, "Oh but you have to go out there and tell everybody that it was your idea because this is going to get me so much shit. Because they are all going to be like, "Oh he did it again!" It was stipulated from the beginning, and I completely agree that it was the right thing to do, and so did Clark. Who said in the early days, when I was busy apologizing for it, "In a movie like this, with what's going on if there isn't some toll, it's just irresponsible story telling."

Full disclosure: Disney paid for io9's travel and expenses at this press junket.