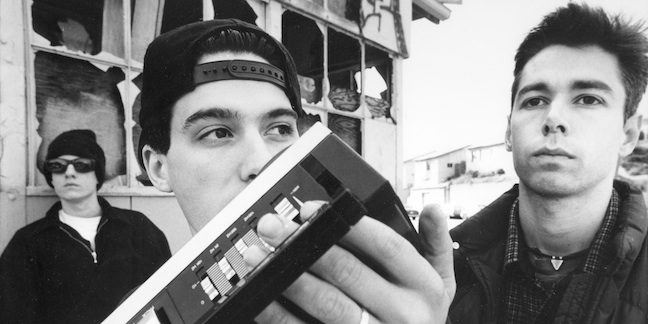 The outpouring of love for the late Adam Yauch (aka MCA) of Beastie Boys continues, in the form of album and track sales. According to Billboard, the trio sold 55,000 albums last week, marking a sales bump of 1,235 percent (they'd sold 4,000 the previous week).

This means that Licensed to Ill-- the first rap album to ever top the Billboard 200 chart-- is at number 18 after selling 19,000 copies. Solid Gold Hits, Paul's Boutique, Hot Sauce Committee Part Two, Ill Communication, Check Your Head, and Beastie Boys Anthology: The Sounds of Science are also now in the Billboard 200.

Keep in mind that Yauch's death was announced on Friday, so a full week of sales was not included. Next week could see an even bigger bump, as Billboard points out.

Read Mark Richardson's thoughts on MCA here, and watch the "Intergalactic" video below: