"According to sources at the CW, The Secret Circle and Ringer are considered dead. Gossip Girl, Nikita and Hart of Dixie are all likely to be renewed though most probably with shorter orders for all of them. The CW will launch several new shows in midseason.

~Secret Circle Prayer circle y'all! They can't take away my Fayana and Faylissa!~

(TSC fans we must band together Thursday night and get those ratings up. Hope is not lost!) 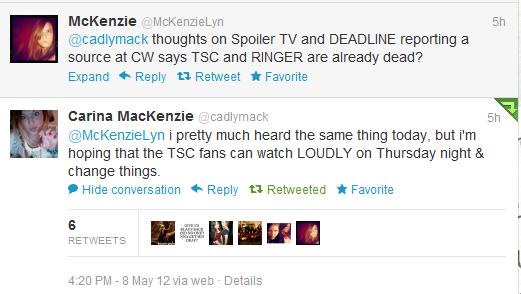