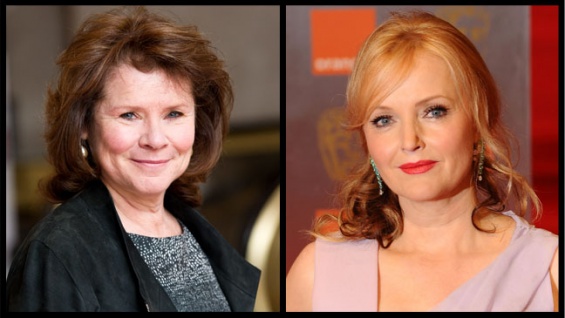 Maleficent is added a strong English line-up to its cast.

Also boarding the production, being directed by Robert Stromberg, are Kenneth Cranham (Made in Dagenham), Sam Riley (Brighton Rock), Lesley Manville (Another Year).

Jolie is playing the title character in the project that tells the fairy tale from the point of view of the witch that cursed Aurora to a permanent sleep on her 16th birthday.

Elle Fanning is already on board as Aurora while Sharlto Copley is Stefan, the half-human, half-fairy bastard son of the human king.

Staunton and Manville are playing Knotgrass and Flittle, respectively, two of the three pixies that end up taking care of Aurora. (They were fairies in the original tales.)

Richardson will play Queen Ulla, a Fairy Queen who is Maleficent’s aunt with a dislike of her niece.

Cranham will play the human king who plots to conquer the fairy kingdom.

Riley takes the role of Diaval, a raven who changes into human form and is Maleficent’s right hand.

Staunton, repped by Paradigm and UK’s Artists Rights Group, may be best known to American audiences for portraying Dolores Umbridge in the Harry Potter movies. She also starred in 2004’s Vera Drake, which garnered her an Oscar nomination.

Richardson, a two-time Oscar nominee, played Rita Skeeter in the Harry Potter movies and appeared in AMC’s short-lived series Rubicon. She is repped by Parseghian-Planco and UK’s Independent Talent Group.