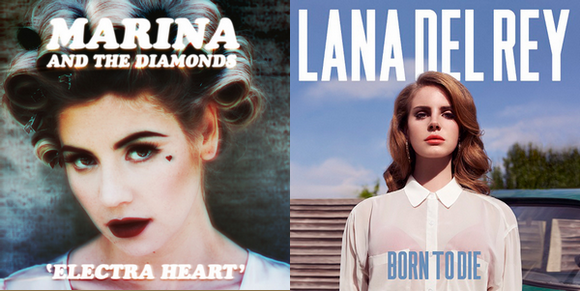 Marina Diamandis, AKA Marina And The Diamonds has scored her first Official Number 1 album.

The news will certainly cheer up Diamandis who was forced to postpone her upcoming UK tour earlier this week after being advised by doctors to rest her voice or risk permanently damaging her vocal chords. Marina And The Diamonds’ debut album, The Family Jewels, peaked at Number 5 when it was released in 2010.

laurie_springs
May 6th, 2012, 08:33 pm
I really like both albums still but ngl Norah is my recently released album queen.

EH turned out so much better than I thought it would, though. I actually get the concept Marina could never quite articulate well enough in talking about it for the past year or so.

i could use a duet tbh..that would be just mind blowing tbh.