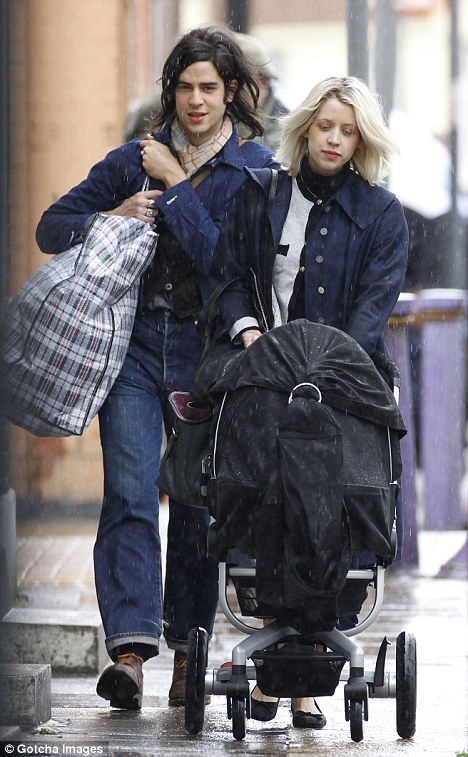 Bob Geldof has pleaded with his daughter Peaches to change her newborn son's name, because he fears his first grandchild will get bullied at school.

The socialite gave birth to a son by fiance Tom Cohen earlier this month (Apr12), and decided to give the tot the unusual name, Astala.

And despite giving his daughters strange monikers, Geldof admits he hates his grandson's name.

He tells Britain's The Sun, "Yuck! I've actually been begging them to change it. What's he going to be called in school? A**? Stella? It's a girl's name, let's face it."

But the singer is thrilled to have a boy in the family after bringing up four daughters.

He adds, "I've swam in oestrogen my entire life, and now finally a little chap comes along. It's great."

Wikipedia Fact: Pixie is said to be named after a celebrity daughter character from the cartoon Celeb in the satirical magazine Private Eye, itself a lampoon of the names the Geldofs gave to their other children.