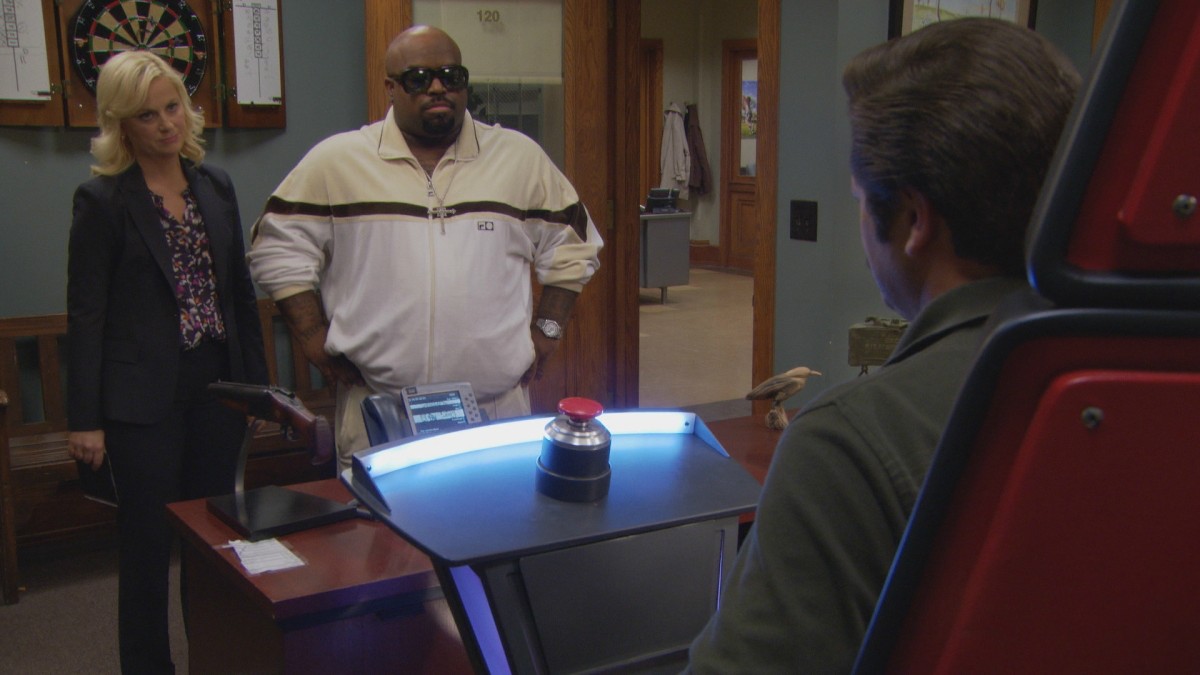 The City Council race between Leslie (Amy Poehler) and Bobby Newport (guest star Paul Rudd) has come down to a razor-thin margin. The parks department crew waits for the race to be called and ponder their futures ... and new opportunities.

Cee Lo and Rudd are joined by other guest stars Kathryn Hahn and Ben Schwartz. Take a look at the exclusive stills of Cee Lo's visit to the parks department below.

Is that Ron Swanson in a "Voice" chair?! 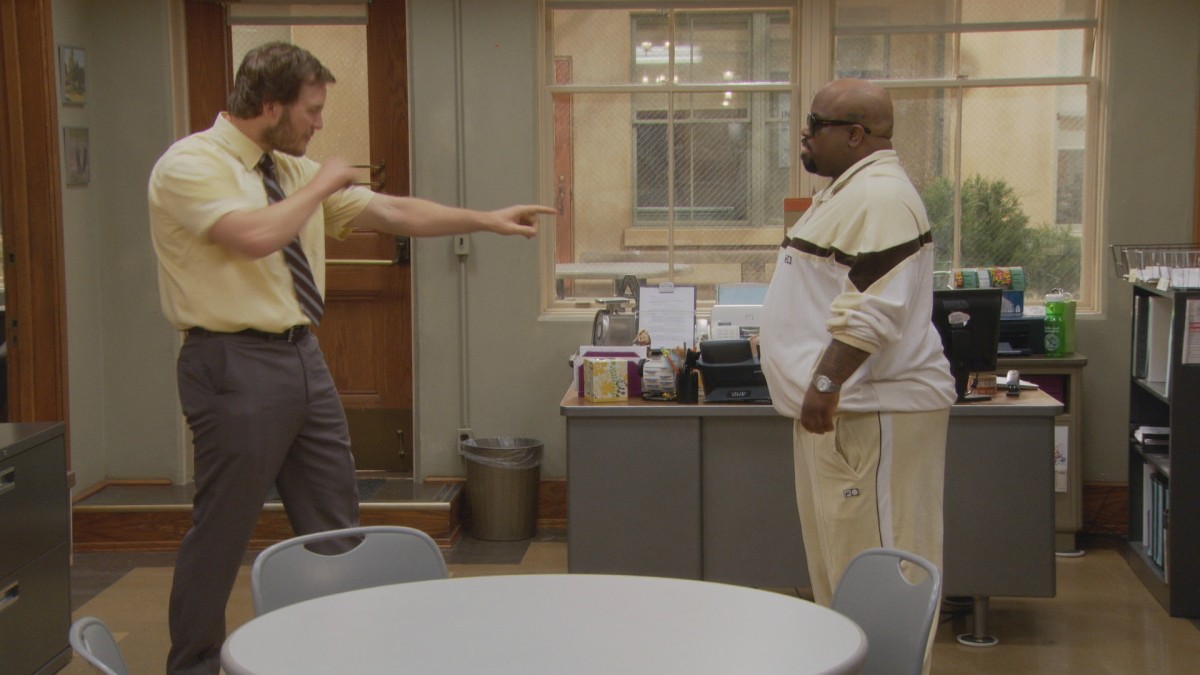 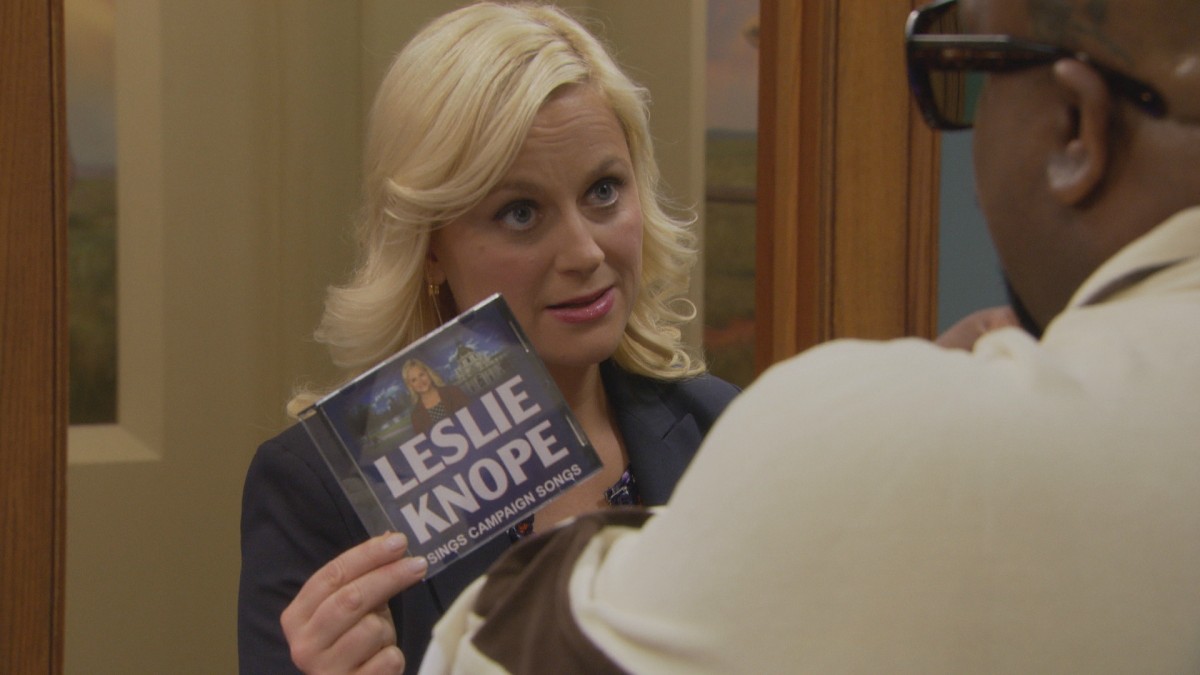