TOSHIRO MIFUNE POST: 5 Things You May Not Know About Akira Kurosawa's 'Seven Samurai' 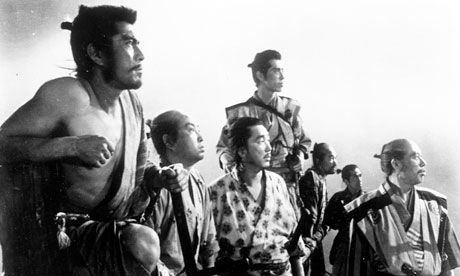 Picking your favorite Akira Kurosawa film is a tricky choice for any movie fan. From "Rashomon" to "Ran," the great Japanese filmmaker, one of the most beloved and influential directors of all time, knocked out a string of classics in a career that lasted well over 40 years. But more often than not, at the top of the list for Kurosawa fans is "Seven Samurai," the 1954 samurai epic that redefined the action movie for generations.

Following six samurai (and one pretender, iconically played by Toshiro Mifune) who are recruited by a village of farmers to protect them from bandits, it remains to this day one of the most stirring, thrilling adventures in cinema history, and landed Kurosawa firmly on the map in international cinema. The film was released in Japan 58 years ago today on April 26th, 1954 (a U.S. release, heavily cut down, would follow 30 months later), and to mark the occasion, we've collected five little-known facts about the movie, which you can find below. 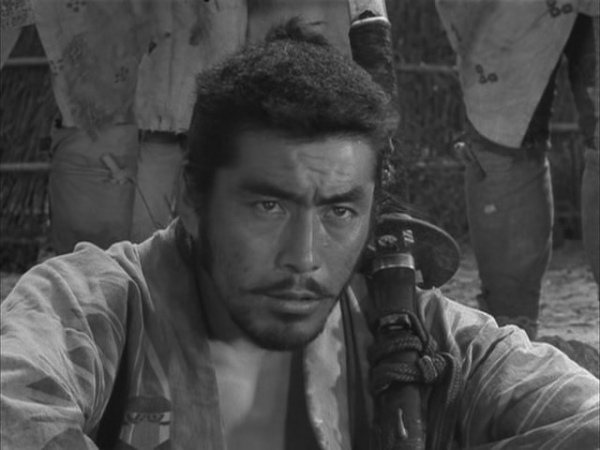 1. Originally, the film was going to be called "Six Samurai"
Although it's now the genre with which he's most associated, Kurosawa had never made a samurai movie before this point. His original conception for the project was to follow the day in the life of a samurai, ending with the protagonist's suicide, but he wasn't confident enough in the level of research he'd need to do. Instead, he decided to adapt a story he'd found about a group of Samurai defending a village of farmers. The 500-page first draft (co-written with regular collaborators Hideo Oguni and Shinobu Hashimoto) was titled "Six Samurai," but on reflection, they found that having six responsible, sober samurai heroes was a little dry. As a result, they created the pretender samurai Kikuchiyo, who's more empathetic and emotional, and cast Toshiro Mifune, who was originally going to play badass swordsman Kyuzo (later taken by Seiji Miyaguchi), in the new role, giving the actor free rein to improvise (jsyk pretty much all of his performance was his own idea) 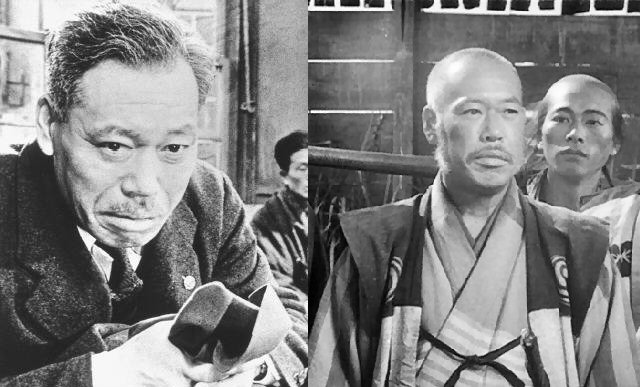 2. Like the characters, the cast came from a diverse range of sources.
Some of the cast, particularly the leads, were no-brainers. Takashi Shimura, who plays leader Kambei Shimada, was a long-time favorite of Kurosawa's and had starred in "Ikiru" two years earlier for the director. Mifune, too, was a staple, having been discovered by the director after throwing a fit after getting in the wrong queue for a job at Toho Studios, and had starred in six prior films for the director, including "Rashomon." Some of the actors had curious backstories, however. Isao Kimura (the youngest Samurai, Katsushiro) ran left-wing theater groups. Keiko Tsushima, who plays his love interest Shino, was a former dancer, who'd starred in Ozu's "The Flavor Of Green Tea Over Rice." Yoshio Tsuchiya (villager Rikichi) was a former doctor and would go on to write a number of books about UFOs. Some had even had or would have brushes with Hollywood: Kamatari Fujiwara, who played Shino's father Manzo, would crop up in Arthur Penn's "Mickey One" with Warren Beatty, and Sojin Kamiyama, who plays the blind minstrel, had been a silent film star in Hollywood in the 1920s, one of the few Asian actors to play Charlie Chan, and appearing in "The Thief Of Baghdad" and "The King of Kings" among others before the end of the silent era saw him forced to return to Japan. Keep an eye out for a walk-on appearance from Tatsuya Nakadai, then only 21 and making only his second film. He'd later return with a major role in "Yojimbo," and after Kurosawa and Mifune fell out in the 1960s after the flop "Red Beard," Nakadai would go on to become the director's go-to leading man, starring in "Kagemusha" and "Ran," among others. 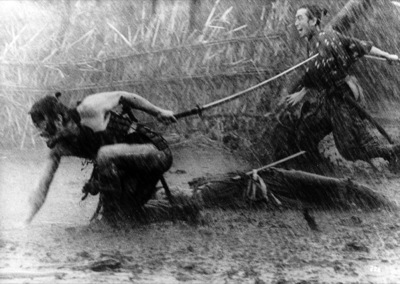 3. The film went wildly over schedule and budget, and production was shut down at least twice.
The film was certainly planned to be Kurosawa's biggest endeavor to date, but it turned out to be much bigger than backers Toho Studios had planned, with Kurosawa quadrupling the budget, which rose to around $500,000, on a shoot that took 148 days, spread over a year. Given that Toho were shooting the expensive "Godzilla" simultaneously, it pushed the company to the verge of bankruptcy, and they shut production down on two separate occasions. Each time, Kurosawa, knowing that he'd shot enough of the film that Toho would have no choice but to start it up again, would calmly go fishing and wait for the go-ahead to be given. It did cause problems for the cast and crew, however. The final battle sequence, originally set to shoot in the summer, had to be delayed a number of times due to a lack of available horses, and by the time it came to film it, it was the bitter winter of February. Mifune commented later that it was the coldest he'd ever been in his life. But, it all proved to be worth it. While Japanese critics received the film coolly, it turned out to be the most successful film in the country's history, and regularly tops critic's polls these days (Empire Magazine voted it the greatest foreign-language film of all time in 2008). 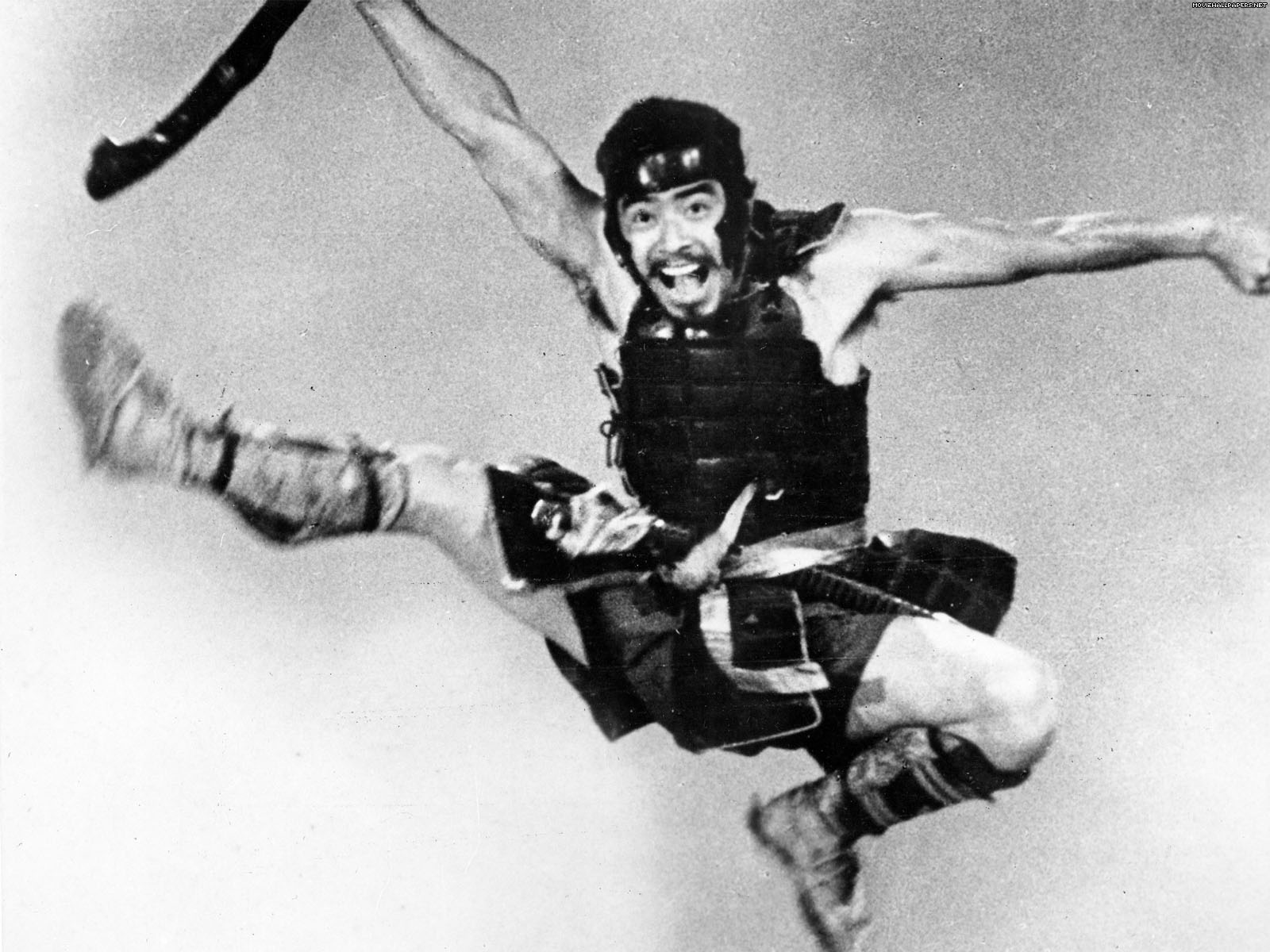 4. There's a number of different versions of the film, but the original is now (finally) widely available.
Given that Kurosawa's original cut was 207 minutes long, it's unsurprising that it got trimmed down significantly. The director's version only played major cities in Japan, with a shorter version playing second- and third-run theaters in the country. The film was re-edited for the Venice Film Festival with the second half remaining mostly untouched, while the first was cut substantially, leading some to complain that the film was confusing, a charge that Kurosawa agreed with. Nevertheless, he still won the Silver Lion for Best Director. When taking it abroad, Toho cut a full 50 minutes off, fearing it that it would be too long for U.S. audiences, and the longer version took a surprisingly long time to resurface. In 1991, a 190 minute version was theatrically released in the U.K., and a 203-minute cut finally made it to the U.S. in 2002. Soon after, the Criterion Collection finally released the original cut on DVD, with a digitally-remastered version following in 2005, and a Blu-ray in 2010.

5. The film was originally released under a now-familiar title: "The Magnificent Seven."
"Seven Samurai" is an endlessly influential film, seeing the start of many familiar action tropes. Where would James Bond be without the opening adventure unconnected to the main narrative, pioneered here with the sequence where Kambei poses as a monk to thwart a kidnapper. And its influence was more direct, as even the most casual of cinephiles knows that Kurosawa's classic was remade, surprisingly faithfully, albeit set in the Old West, as John Sturges' all-star western "The Magnificent Seven." But what's less well-known is that when RKO released the film in the U.S. (two and a half years after Japan, in November 1956), it was under the title "The Magnificent Seven." When MGM remade the film, all prints of it under that name were destroyed. The remake would spawn three sequels of diminishing returns, 1966's "Return of the Seven," 1969's "Guns of the Magnificent Seven" and 1972's "The Magnificent Seven Ride," as well as a 1998 TV series starring Michael Biehn, Ron Perlman, Laurie Holden, Robert Vaughn and Michelle Phillips, which ran for two seasons. There was also Roger Corman's 1980 sci-fi rip-off "Battle Beyond The Stars" (written by John Sayles, with effects by James Cameron), and a number of other films that have borrowed the basic set-up for comic effect, including "The Three Amigos," "Galaxy Quest" and "A Bug's Life."
I was super excited to make this post - Toshiro Mifune/Akira Kurosawa/Japanese cinema appreciation post y/y?

My king thanks you for your time: 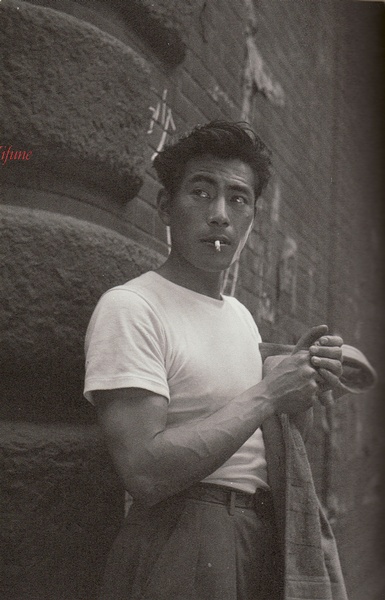