Sade Steps Back Into Spotlight With 'Bring Me Home' 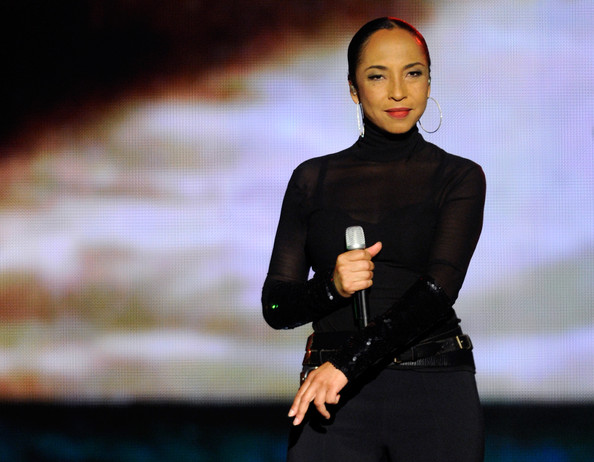 After nearly three decades of making music, Sade Adu still has a hard time letting fans in, preferring to limit her press ops and take decade-long stretches between new album releases. But the British-Nigerian singer and her band are inching back towards the spotlight with the May 22nd DVD/CD and Blu-ray release of Bring Me Home - Live 2011, which chronicles their mega-successful Sade Live tour. The 54-date trek touched down in Europe, America, Australia and Asia and celebrated Sade's platinum-certified 2010 LP, Soldier of Love.

Despite the tour's success, Sade's frontwoman approached the idea of a live LP and behind-the-scenes documentary with typical temerity. "Initially I didn't want to do it, because I had this feeling that it was a great moment and I was afraid we couldn't convey the atmosphere and the feeling of the whole tour," says Adu. "There's always that fear and trepidation. But you have no choice but to go on because you're in it."

Directed by Sophie Muller, who also designed and produced the tour, the 20-minute documentary compiles rare footage of Sade behind-the-scenes that chips at the notoriously elusive singer's shellacked persona. In one scene, she harmonizes "Amazing Grace" with her backup singers; in another, she gazes pensively into a mirror during a rare moment of open reflection.

For Adu, returning to the stage after a 10-year hiatus was admittedly daunting. She rebuffs her celebrity but says that collaborating with Muller gave her the confidence to perform like a "gladiator." Explains the 53-year-old singer, "I'm tough. I'm a Nigerian. I'm into the moment and I put my entire self into that. I suppose I am reluctant to share my life. My life is in the songs, and I've already done that. I don't think our fans have those expectations from me."

Muller, whose work with Sade stretches back to the Eighties, encouraged the band to go grand onstage without compromising the intimacy of their songs. They conceptualized the show as a negotiation of extremes: tour opener "Soldier of Love," for example, is set against a towering slow-exposure backdrop of passing clouds, while Sade duets with a naked electric guitar-saxophone combo during her performance of "Jezebel," perched on the lip of the stage.

"Each song has its own personality and we wanted the whole visual panorama to completely change, dependent upon the character and atmosphere of the song at the moment," explains Adu, adding that she hopes to take her live show to Africa "if" she tours again. "That's what I felt was something great about this show. You're in this tiny miniscule theater, and then suddenly, you're in a stadium. It was an overriding sensation."

Already, there's a two-year stretch between Soldier of Love's release and that of Bring Me Home. But Adu says she no immediate plans to record new music or return to the stage, although extracurricular activities could keep her star from dimming. "I've got some plans for some projects that I've been thinking about for a long time. I think I've got a lot of energy," says Adu with some restraint. "As far as music goes, that's something that I'm not very pragmatic about. I let it sort of appear and grab me. It could be two years or 10 years. I don't make plans like that. It somehow happens."

Source love her! and the band