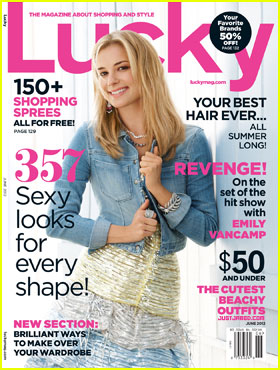 Emily VanCamp graces the cover of Lucky's June issue, on newsstands May 8.

Here’s what the 25-year-old Revenge star had to share with the mag:

On guys: “I’ll tell you one thing I don’t want – a guy who sits around and plays video games and smokes pot … I think women look for that quality in a man of being a good dad whether they’re immediately wanting to be a parent or not. It’s important to me that a man is good at taking care of people.”

On fame: “It’s so great to have all this stuff happen to you. But, you know, to all of a sudden have photographers snapping photos of you, it’s a big change.”

On her insecurities: “I don’t have much of [a butt]. I have a total ballet butt.”

On a necessity for women: “I think every young woman needs to have one boyfriend who disappoints her, who really breaks her heart.” 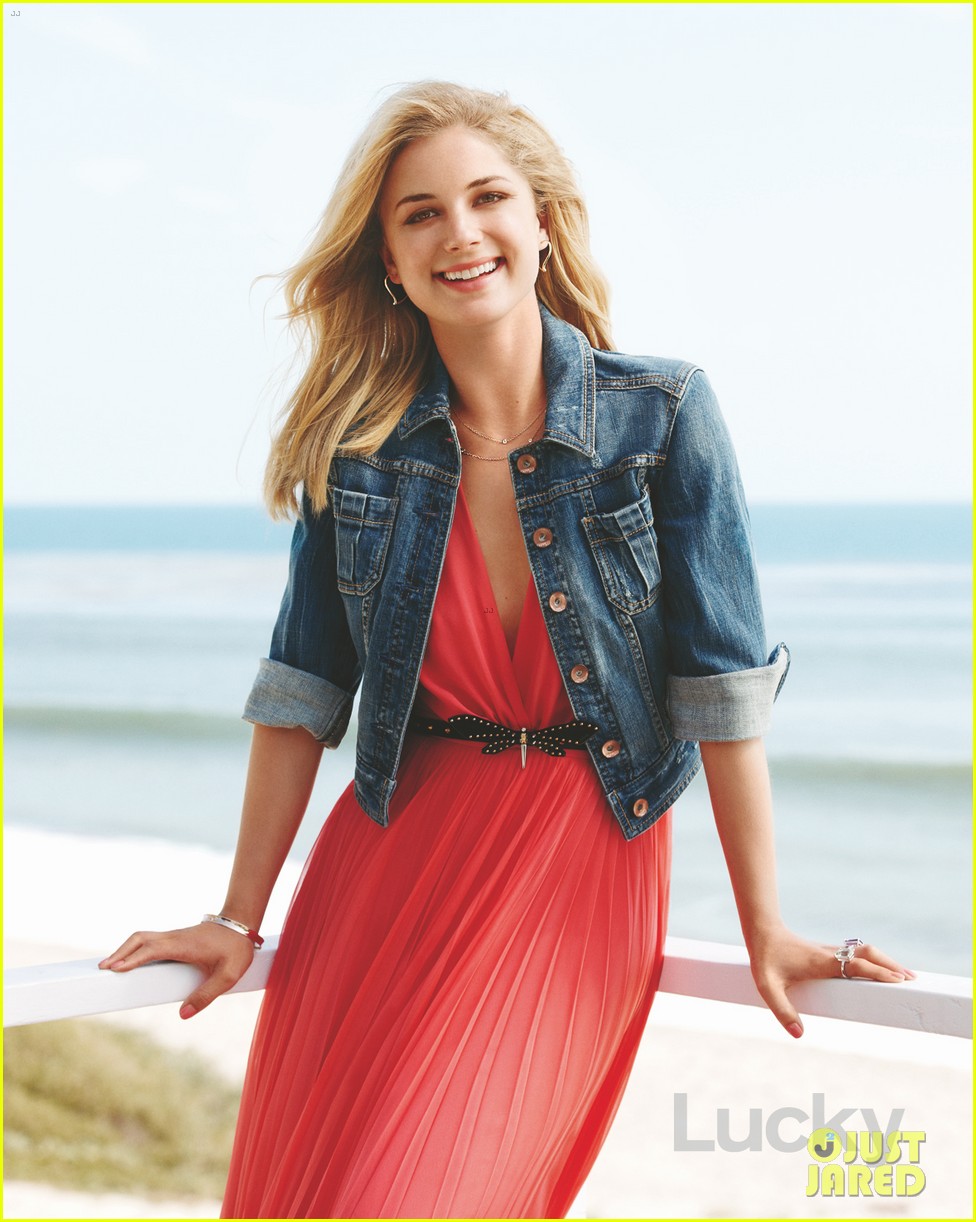 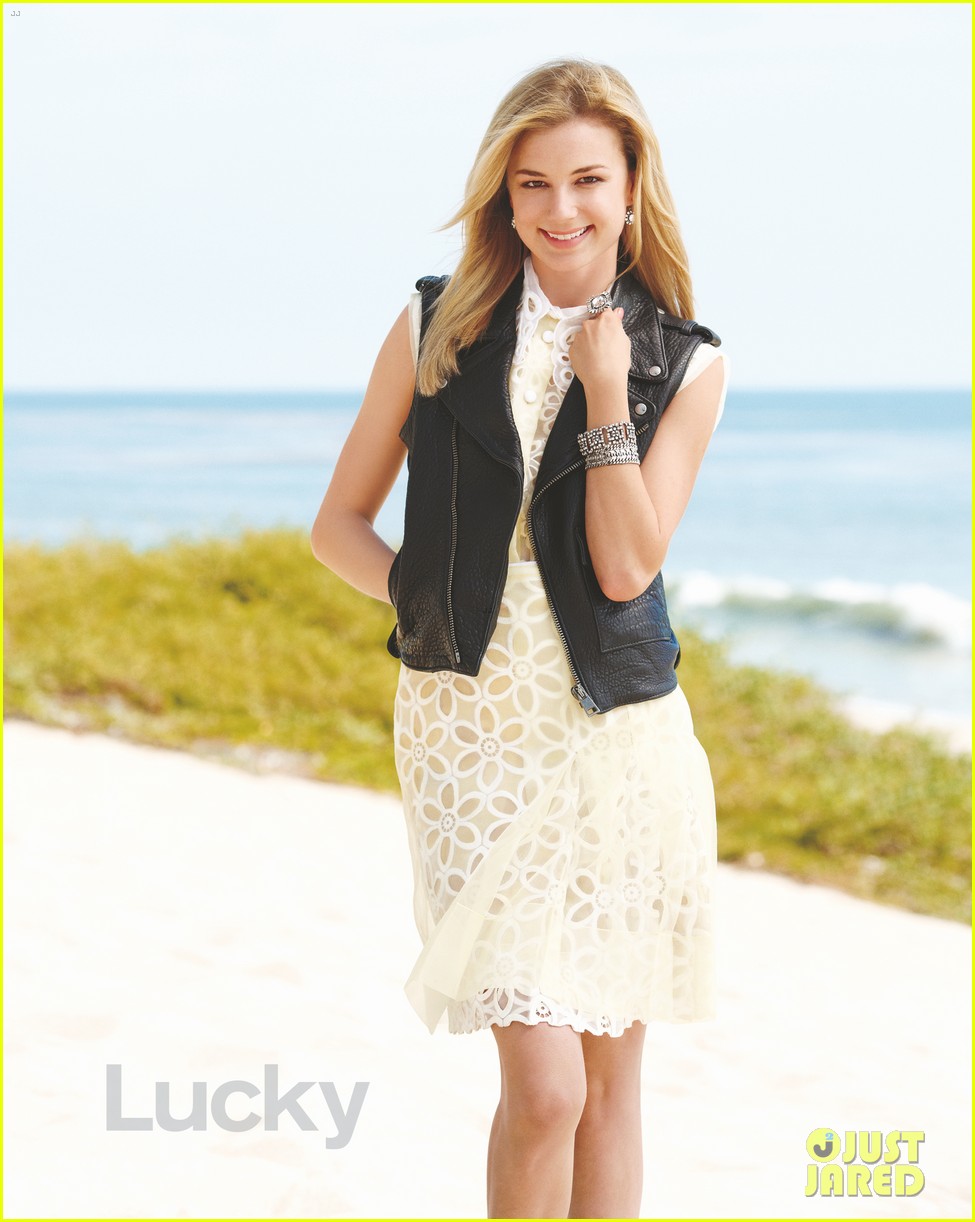 For those who missed it, next weeks Revenge promo!:

She looks a little off in the first pic under the cut, tbh, but I love her <3 So pretty.. and super sad that Revenge is almost over.