Disney-Pixar has released two new images from Brave.  While the trailers have played up heroine Merida’s prowess with a bow, these images show she’s got nothing against swinging a sword.  Also, if you’ve been wondering the significance of the bear in this image, keep in mind that the original title for Brave was The Bear and the Bow.  I don’t know how the bear factors into the plot (the trailers haven’t given it away), but I look forward to finding out. 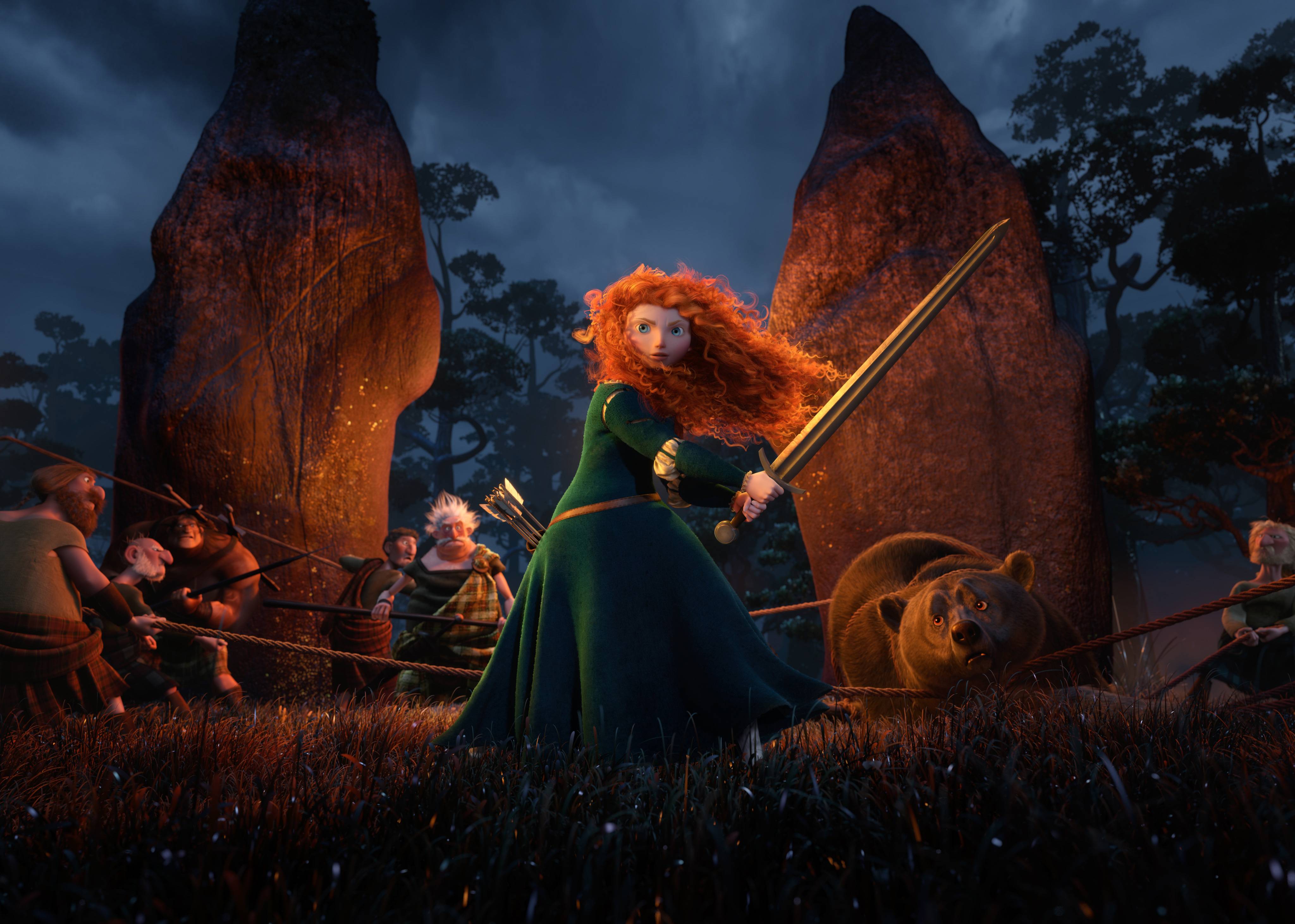 Images via PixarBlog.de via Upcoming Pixar.