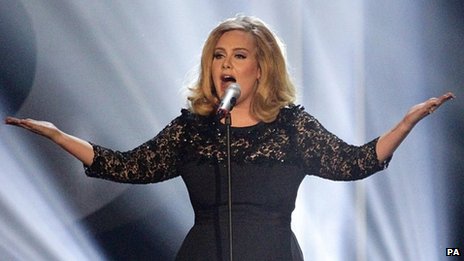 Figures show 21 has been selling an average of 20,000 copies per week over the last four weeks.

"To add to her many landmark records, Adele's achievement in overtaking Thriller in the all-time sales list is truly remarkable," said Martin Talbot from the Official Charts Company.

"Thriller has long been recognised as one of the most iconic albums of all-time.

"There is now no doubt that 21 can be spoken of in the same breath."

In the 15 months since Adele's second album was released, it has spent 65 non-consecutive weeks on the Official Albums Chart.

It has outsold Amy Winehouse's Back To Black to become the biggest selling album of the 21st Century and has overtaken the sales of albums like Michael Jackson's Bad, Pink Floyd's The Dark Side Of The Moon and Dire Straits' Brothers In Arms in the UK.

The top 10 biggest-selling albums in the UK are: