'Game Of Thrones' Season 2, Episode 5 Power Ranking: Who's Winning After 'The Ghost Of Harrenhall'? 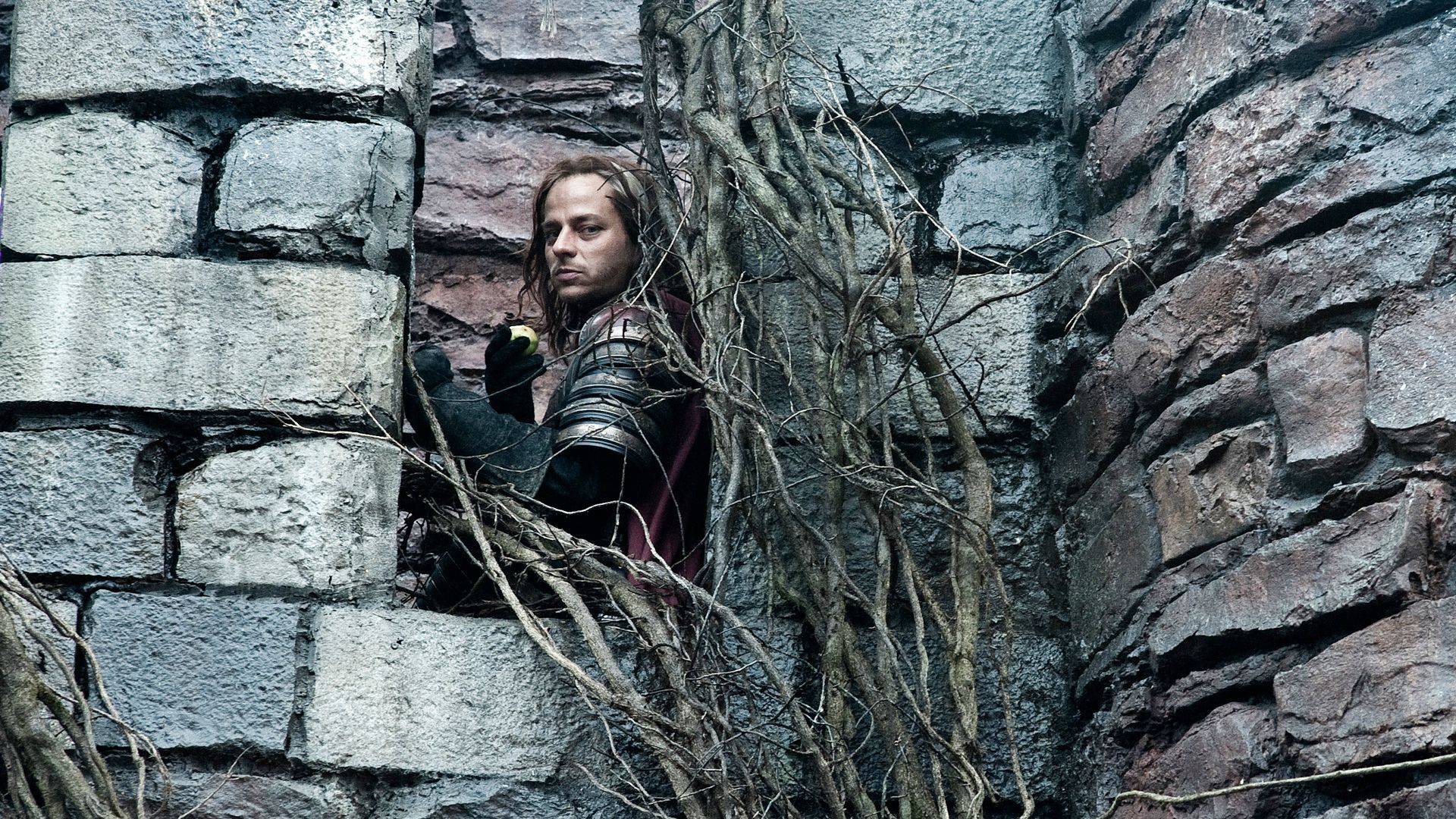 Anyone can be killed." -- Arya Stark

As our happy crew of crown-chasers set off for new lands, scheming, scouting, fighting and more, one piece has been knocked off the board.

"The Ghost of Harrenhal" demonstrates the golden rule, Westeros-style: Blood repaid in blood, death repaid in death. It also reaffirms something we've known since Ned Stark's head was cleaved from his shoulders. Anyone can die. Probably horribly.

The Power RankingsUsing a complex algorithm that takes into account each player's wealth, military might and dominion over lands, along with a "bonus" factor that adjusts for unquantifiable assets that could influence events, we've surveyed the lay of the land to figure out who's winning the game of thrones at this point of Season 2.

Last episode ended with a disturbing cliffhanger in the form of Melisandre's shadow baby. And "The Ghost of Harrenhall" wasted no time revealing the Red Woman's intentions: The shadow baby was an assassin, and Renly was its target. And there was no doubt that the main beneficiary of Renly's death was Stannis, who is now Robert Baratheon's one true living heir. Almost all of Renly's bannermen instantly went over to Stannis' side, bolstering his military power tremendously. He was always a strong commander, and now he has a strong army to command as well.

We also now have a better understanding of Melisandre's power. If she can kill Renly, she can assumedly kill Joffrey, Tyrion, Robb and Cersei as well. But Stannis' second-in-command, Davos Seaworth, doesn't want his King relying on Melisandre too heavily.

"You won those bannermen from Renly," he tells Stannis, "So don't lose them to Melisandre."

Stannis sees his advisor's point, and decides not to bring Melisandre any further on the march to King's Landing. A moral move, sure -- but will it end up being prudent?

2. Tyrion & Tywin LannisterWith sellsword Bronn by his side, this dwarf is swaggering strong. While Joff still sits on the Iron Throne, he's not the "demon monkey" pulling the strings. Neither is mother Cersei, who berates Tyrion for shipping off daughter Myrcella to Dorne, in the far south of Westeros.

"Myrcella's a sweet, innocent girl and I don't blame her at all for you," Tyrion tells her.

Cersei tries to withhold Joff's plans, but Tyrion, of course, has a mole. And he also, thanks to that mole, has thousands of pots of wildfire to use against his enemies.

3. Robb & Catelyn StarkIt could be argued that the person hurt most by Renly's death (other than Renly) was Robb. He'd been counting on an alliance with Renly against the Lannisters. Now that the more hostile Stannis commands the might of the Stormlands and the Reach, the Starks find themselves seriously outnumbered. At the same time, their home is being attacked by the Ironborn. In other words, things aren't looking good for the Young Wolf. At least he has a formidable new ally in the gargantuan form of Brienne of Tarth, whose pledge of allegiance to Catelyn Stark was the most touching moment of the episode.

4. Joffrey & Cersei LannisterAccording to Lancel (Tyrion's sniveling spy), Joff's got battle plans of his own -- lobbing thousands of pots of "wildfire" onto Stannis' ships and armies. But as Tyrion notes, Stannis' army has doubled in size and money really can't buy everything.

Prostitute abuse aside, Joffrey's got bigger problems than sadistic egomania. It's no surprise that in the streets, beggars stand on platforms and air their grievances. "Are we surprised when the fruit of the incest is rotten?" the man shouts. As Tyrion says, "The king is a lost cause."

The Queen isn't much better off. These days, we don't see her doing much besides drink wine while giving her brother mean, resigned looks of dismay.

"Do you want to be a queen?" Littlefinger asks her."I want to be the Queen," Margaery answers.

The Tyrells have enough money, men and influence to win Margaery a spot on our Power Rankings, even after the death of her would-be king of a husband. But whose claim will they support going forward? The answer could sway the balance of the board.

Petyr 'Littlefinger' BaelishBaelish is wheeling and dealing as much as ever. In "The Ghost of Harrenhall," his principle purpose seemed to be encouraging Margaery to pursue power for herself. It's not clear what is in the Tyrell ascendancy for him, but there must be something. Littlefinger is not known for his charity.

Daenarys TargaerynThe Mother of Dragons is now safely ensconced at the home of the extremely wealthy Xaro Xhoan Daxos in Qarth. Marrying her host might let her pay her way to an invasion of Westeros -- but advisor Jorah Mormont wants her to be patient.

Theon GreyjoyThe traitor decides to shift course at the urging of his second-in-command, Dagmer Cleftjaw. Instead of raiding fishing villages on the Stony Shore, he invades Torrhen's Square, just 40 leagues south of Winterfell. The Stark's castellan, Rodrik Cassel, marches on the city to try and take it back -- leaving the capital of the North almost undefended.

Arya StarkArya seems to be thriving as the cupbearer to Tywin Lannister. There's a tense moment when he figures out she's a northerner, but she parries it fairly well. Her most impressive asset, though, is her friendship with the mysterious Jaqen H'Ghar, who became a Lannister soldier after she saved him from a fire. He tells Arya that she can ask him to kill three men in exchange for her actions. Her first pick, "The Tickler," is dead by the end of the episode. Will she decide to turn her power on her brother's enemies?

Sansa StarkNot much on the pretty princess front this episode.

Bran & Rickon StarkBran is still having scary dreams, which concerns the wildling Osha more than it does Maester Luwin. Meanwhile, Rickon is turning into a feral varmint in his parents' absence. Which is fine by us ... that scene of him cracking walnuts in the great hall at Winterfell is hilarious!

Jon SnowSnow and the rest of the men of the Night's Watch are now deep into the icy regions beyond the Wall. But Snow decides to go even deeper when he volunteers on a special ops mission with Qhorin Halfhand. His old boss, Jorah Mormont, approves. "I hope you make a better ranger than you did a steward," he says.

Differences From The Book

This episode was more faithful than some of the others this season. Still, there were a few small changes:

I guess I'm in the minority b/c I loved this episode. Character development > action imo. Also, lbr Gendry's chest should be ranked #1 for everything always