Munch's 'The Scream' may fetch $80M at NYC auction

One of the art world's most recognizable images -- Edvard Munch's "The Scream" -- could sell for $80 million or more when it is auctioned at Sotheby's on Wednesday. 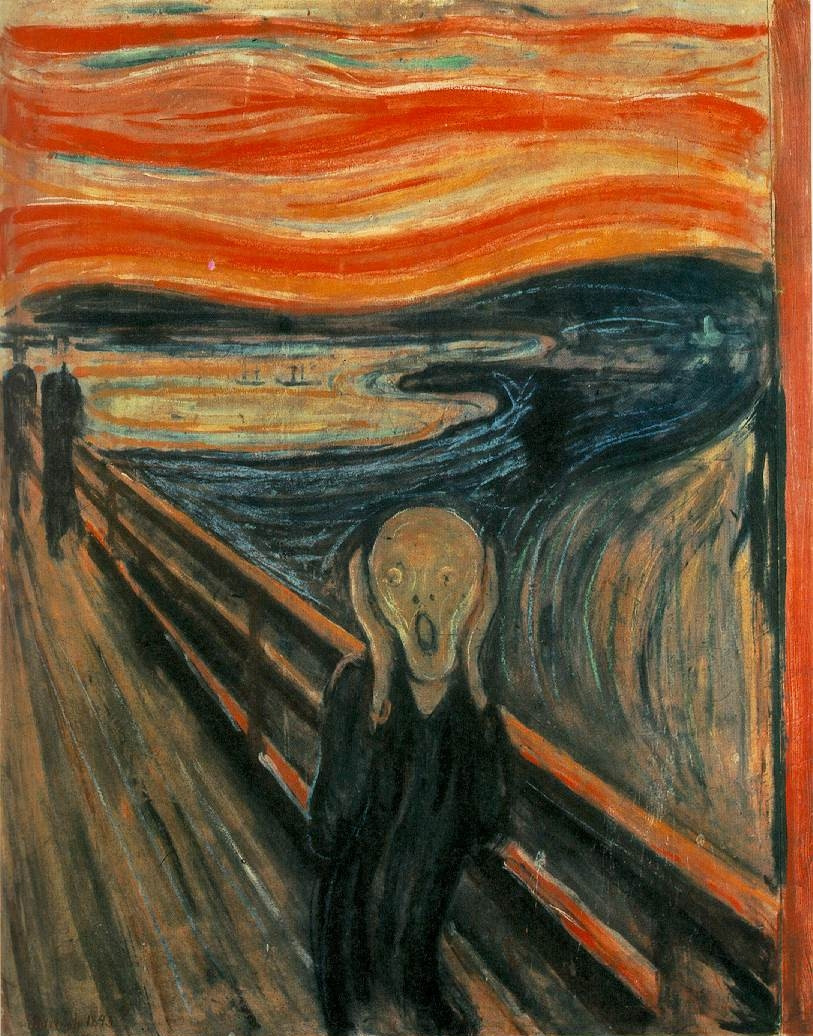 The 1895 painting of a man holding his head and screaming under a streaked, blood-red sky has become a modern symbol for human anxiety, popularized in movies and plastered on everything from mugs to Halloween masks to T-shirts.

It is one of four versions created by the Norwegian expressionist painter. Three are in Norwegian museums; the one at Sotheby's is the only one left in private hands. It is being sold by Norwegian businessman Petter Olsen, whose father was a friend and patron of the artist.

A price tag of $80 million would be among the highest-ever for an artwork. The record is $106.5 million for Picasso's "Nude, Green Leaves, and Bust," sold in 2010 by Christie's in New York.

The image has become part of pop culture, "used by everyone from Warhol to Hollywood to cartoons to teacups and t-shirts to whatever else," said Michael Frahm of the London-based art advisory service firm Frahm Ltd.

"Together with the Mona Lisa, it's the most famous and recognized image in art history," he added.

Sotheby's said its pastel-on-board version of "The Scream" is the most colorful and vibrant of the four and the only version whose frame was hand-painted by the artist to include his poem, detailing the work's inspiration.

In the poem, Munch described himself "shivering with anxiety" and said he felt "the great scream in nature."

Proceeds from the sale will go for the establishment of a new museum, art center and hotel in Hvitsten, Norway, where Olsen's father and Munch were neighbors.

"I have lived with this work all my life, and its power and energy have only increased with time," Olsen said in February. "Now, however, I feel the moment has come to offer the rest of the world a chance to own and appreciate this remarkable work."

Frahm predicted that "we're going to see a new world record for a piece sold at auction." He said the sale will show that great quality artworks can still come up for sale; that the top end of the market is driving further away from the rest of the of the market and that it's a global market now where Asia and the Middle East are playing a more significant role than Europe and America.

"This could really be someone who just wants to own the most iconic piece of art to come up at auction ever," Frahm said, adding that it could be the Qatari royal family, one of the world's biggest art buyers.

Sotheby's said a total of eight works have sold for $80 million or more at auction.