Supermodel Linda Evangelista Asking for a Record-Breaking $46,000 a Month in Child Support 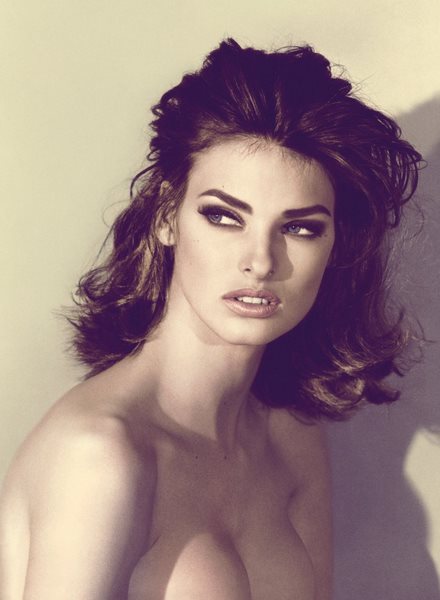 The child support fight between supermodel Linda Evangelista and her baby daddy, PPR’s chief executive (and Mr. Salma Hayek), François-Henri Pinault, is shaping up to be really ugly. The New York Daily News has a lot of the details about Evangelista’s over-the-top lifestyle and her child support demands, which, if she wins, could be record-breaking.


In case you forgot, the duo dated from September 2005 thru January 2006 (which is, you know, not a very long time) and Evangelista was pregnant when they broke up. Evangelista didn’t reveal the paternity of her child, Augie, until she filed court papers against Pinault for child support this past summer. And now she’s really going for it.

The NYDN is reporting that Evangelista is asking for a whopping $46,000 a month in child support payments. To put that into perspective, the previous New York state child support payment record is held by Diddy, who shells out $19,000 a month to the mother of his kid. So why exactly does she need that much money? A peek into her current lifestyle shows that she still has an “I-don’t-get-out-of-bed-for-less-than-$10,000-a-day” attitude. Evangelista is claiming her son needs a driver and bodyguards for protection. She also employs round-the-clock nannies. Apparently a judge questioned her about why this is necessary, and she replied:

“When I work, it can be a 16-hour day. On days when I do not work, I am working on my image. I have to hit the gym. I have beauty appointments. I have to work toward my next job and maintaining my image, just like an athlete.”

As far as living arrangements, Evangelista has a “stunning penthouse in Chelsea” but also has an Upper East Side apartment for…are you ready?…PLAYDATES. Playdates! We bet Augie’s friends love going there after school. Just imagine what the snacks are like. Anyway. Evangelista is arguing that her child deserves the same kind of home that Pinault’s daughter with Hayek, Valentina has, which is a $13 million mansion. 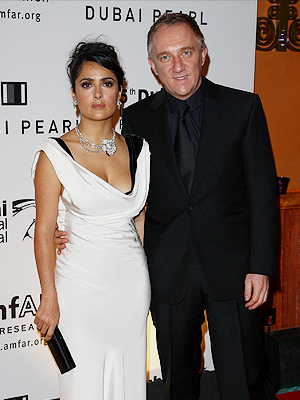 Evangelista isn’t exactly a pauper. She’s been working a lot lately, and reportedly made $1.8 million last year, and is worth $8 million overall. But that being said, Pinault–a billionaire–still needs to provide child support. The question is: how much? Child support payments are generally based on a formula, not necessarily how much the noncustodial parent is worth. Pinault has been supposedly paying for the child’s health care and education since Evangelista filed court documents in August, but she claims he never paid anything before then. Pinault claims that “at every possible opportunity [Augie] has participated in my family life whether in France or the United States.”

The two haven’t been able to come to an agreement, so the case is going to trial. Evangelista has big-gun attorney William Beslow on her team, who’s negotiated deals for the likes of Christie Brinkley, Tatum O’Neal, Mia Farrow, and Marla Maples.

We just hope that their son is kept out of the ugliness as much as possible.