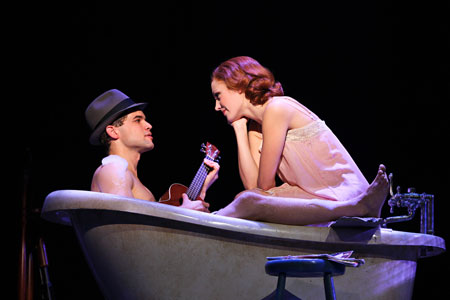 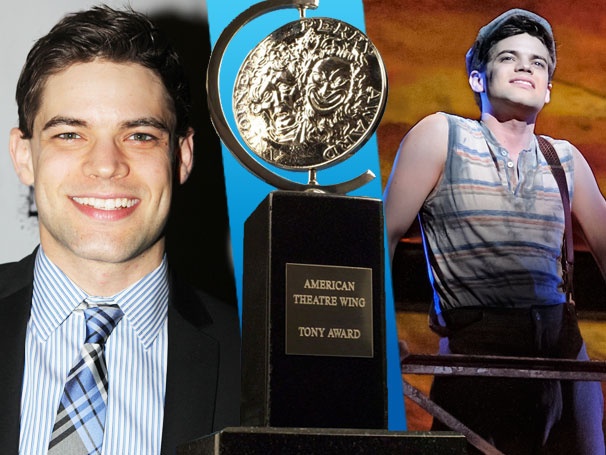 Jeremy Jordan
Nominated for Best Performance by a Leading Actor in a Musical, Newsies
"I'm still waking up! It still hasn't really hit 100% yet. It takes a while for things to hit me. You can't really describe it, it's just a feeling—a thankfulness and gratitude. I woke up at 8:15 and then fell back asleep and started dreaming about watching the Tony Awards on my phone and had a dream I was at the Tony Awards in a huge thunderstorm. Lightning in my dream woke me up and it was 8:29, so I grabbed my computer really quickly and watched [the nominations] in bed. Ashley [Spencer] was with me; I didn't really call anybody—I got a few phone calls and 1,000 tweets. [I’m excited for] the actual ceremony, getting your name announced on TV. You watch the Oscars, Golden Globes and Emmys and millions of people watch. They call their names and their faces light up, that really excites me—and getting to perform, seeing all my friends there. I've been in the Broadway community for a few years now, and so many friends got nominated. It'll be exciting to see everyone. I think once I'm sitting at the Tony Awards I'll be freaking out." 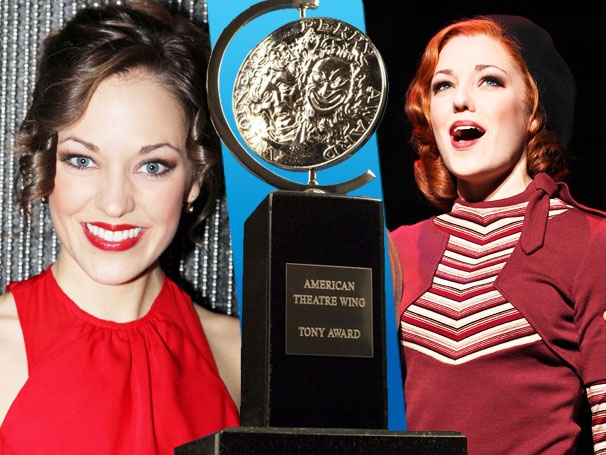 Laura Osnes
Nominated for Best Actress in a Musical, Bonnie & Clyde
“I was asleep in my bed and got a call from my agent saying, ‘Call me now!’ and my heart started to race. I knew the Tonys were this morning, but I was not expecting this at all. I started crying and my husband said, ‘What's going?’ And I said, ‘I might have been nominated for a Tony.’ I’m shocked and grateful and just can't believe it! My agents said their whole office just erupted when my name was called. I did not see it coming at all. I'm so honored. I can't believe i! I'm getting text after text and call after call. I've heard from all the Bonnie & Clyde people: Jeff [Calhoun] and Jeremy [Jordan] and a bunch of the cast members. Sutton Foster texted me this morning; it’s going to be the best day! It's overwhelming to even think about it. It’s the Oscar night of Broadway! I’ll get to buy a pretty dress and go with my husband; it’s going to be an amazing night! I have plans to bake with one of my friends. It was my dog’s birthday last weekend, and we're having a puppy party on Thursday, so we're going to make dog cupcakes. Maybe we'll make a few extra ones to celebrate.”

Jeremy Jordan is still a part of the Newsies gang on Broadway, while Laura is in talks to be part of the Broadway-bound, Rodgers & Hammerstein musical Cinderella.