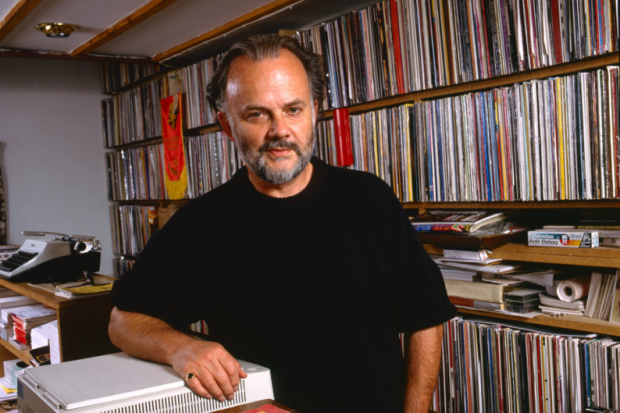 Digging through the legendary British DJ's massive record collection, which has just been posted to the Web

Virtual crate-digging might not get your fingers dirty, but it's still a labor of love. The first 100 records from the late John Peel's massive record collection are now available for browsing online. As fun as it can be to see the beloved British DJ's handwritten index cards for his trove of more than 65,000 slabs of vinyl, the real thrill is listening to the music, right?

That's easier said than done. The good people behind the Peel online archive have gone about this process the legit route, which means the records that would most greatly benefit from rediscovery — in other words, the ones you can't buy on iTunes or stream on Spotify — are still unavailable to hear. And just as Peel was hardly known for his turntable or mixing techniques, his online record collection suffers from the occasional broken link or out-of-order disc (two records by Jamaican roots-reggae giants the Abyssinians, separated by Southern drum-and-bass, Midwestern death metal, and U.K. Oi! punk!).

Luckily, we at SPIN are here to help. While we can't link to Peel's not-online rarities like AC/DC's Live From the Atlantic Studios, which you can buy for $250 on Discogs, we've scoured through the online shelf to find some of the most notable records you can stream from the Peel vaults so far. Poke around for yourself here, or go here for links to Peel's live sessions, radio shows, blog, and other content. Although it's all too easy to romanticize Peel today, the idea that a DJ would play a song for one simple reason — because he liked it — is as refreshing in an era of search engine optimization and conglomerate-controlled playlists as it was during the taste-making DJ's heyday.