Duran Duran are to play a concert in London's Hyde Park to mark the start of the Olympic Games. 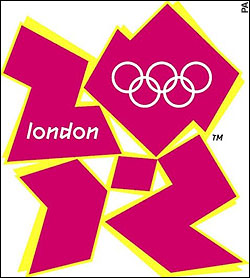 The gig will feature headline acts from all four nations of the UK, with Duran Duran representing England and Snow Patrol appearing for Northern Ireland.

Stereophonics will represent Wales and Paolo Nutini will play for Scotland.

The concert on 27 July will coincide with the Olympics opening ceremony, which will be broadcast on big screens in the park between performances.

"Performing to so many people on the most exciting day in sport for Great Britain will be one of the highlights of the last decade for us," said Duran Duran's Simon Le Bon.


her  name is Rio
and  she dances on the sand...
"We have been invited to represent England for this Team GB show, and we couldn't be more proud. Seeing the torch being lit on the big screens before hitting the stage in this iconic location will be a great experience… We simply can't wait."

Snow Patrol's Jonny Quinn said: "Living in London and everything, with all the excitement, it's certainly an honour to be part of it. I think it will be very special."

You all know this song...

Tickets for the opening ceremony celebration concert show go on sale on 4 May at 09:00BST.

At the same time, Victoria Park in Tower Hamlets, east London will broadcast the opening ceremony free to the public on two giant screens.

<3 Paulo
During the games, highlights of the Olympics will also be shown at both parks.

Another concert marking the end of the Olympics will be held in Hyde Park on 12 August, headlined by Blur.

The "Best of British" lineup also features New Order and The Specials.
Have a nice day, ONTD
May Day, white rabbits etc :)