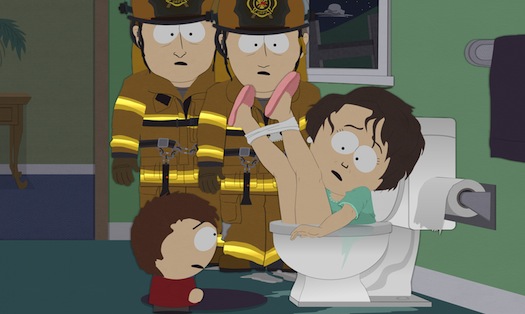 It’s that time of year. No, we don’t mean Girl Scout Cookie time. It’s time for an all new batch of episodes from our favorite degenerate animators Matt Stone and Trey Parker (along with their hard-working crew). Comedy Central returns with its flagship animated sitcom, South Park this Wednesday at 10PM.

This week, the envelope is once again pushed with an episode titled “Reverse Cowgirl.” Here’s an official synopsis.

One of the boys had been told time and time again about leaving the toilet seat up after he goes to the bathroom, but he didn’t listen. His actions have consequences and ultimately result in an unimaginable catastrophe.

Can't wait, they go far too long between seasons.