One Direction Storm America As Album Hits No.1 On US iTunes 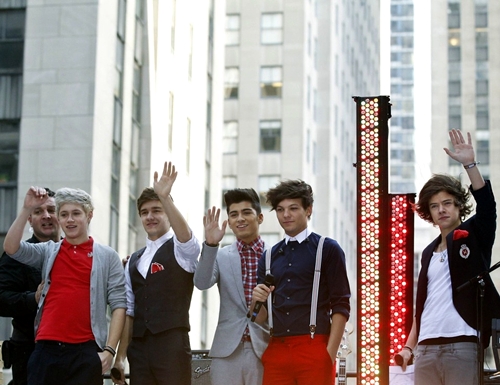 The combination of five young, good looking chaps, catchy pop tunes and the backing of a certain Mr Cowell was always a recipe for massive success, but One Direction must be pinching themselves at how well they've done in the States.

Full-on 1D mania is taking place at the moment with the lads zooming straight to the top of the US iTunes albums chart following a performance on the prestigious Today Show.

They were greeted like true superstars as they arrived on the top of a double-decker bus before busting out a bit of What Makes You Beautiful on the US breakfast show to hoardes of screaming girls. 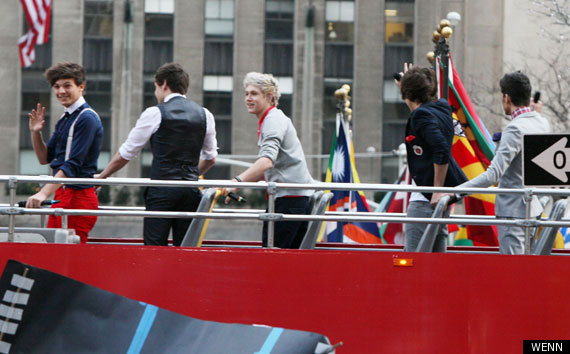 And as if the boys were not content with topping the charts, they are reportedly in talks to land their own US TV show too, after impressing bosses with an appearance on teen comedy iCarly.

A source told the Daily Star: "We'll be having meetings with One Direction when they come back from the Kids Choice Awards later this month.

One person who won't be pleased to see the lads' success is The Wanted's Max George.

The boybander - who is also achieving US success with his group after their single Glad You Camecharted at number five in the US Billboard Chart - previously mocked the X Factor runners-up when they trailed behind at number 50 with What Makes You Beautiful.

Max told the Metro: "I'm not sure how well they're actually doing, yet. They're more 'faces' if you know what I mean?

"I don't think people really look at us as the same kind of band, because I think people look at them like a Jonas Brothers band that are very TV and children's magazine based."

You may be forced to eat those words somehow now, Max.