In 'unsurprising but finally' news...

Sky News is reporting that Rebekah Brooks and her racehorse trainer husband Charlie were among the six people arrested this morning by officers from Operation Weeting on suspicion of conspiracy to pervert the course of justice. The pair were arrested at their home in Chipping Norton, Oxfordshire and are being interviewed at separate police stations.

To avoid any confusion, it's worth pointing out that Rebekah Brooks was previously arrested in July on suspicion of conspiring to intercept communications and on suspicion of corruption. These are new allegations.

As for Charlie's arrest, it will undoubtedly come as a blow to David Cameron - the pair have been friends since their Eton days. At the infamous Brussels press conference, where he admitted that he did ride the police horse loaned to Rebekah, Cameron commented: "I've been friends with Charlie Brooks for over 30 years and he's a good friend and a neighbour of my constituency." 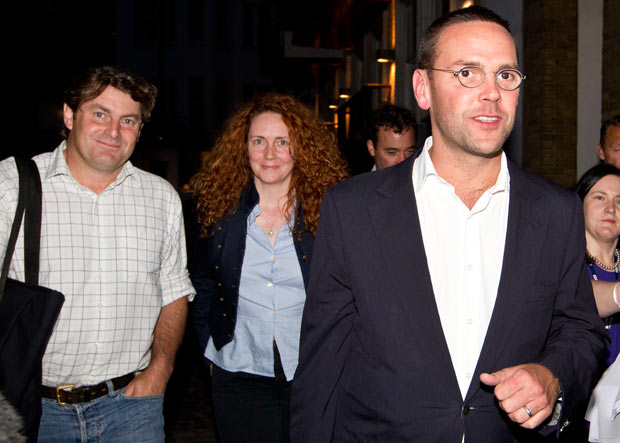 Cameron recently denied riding a horse lent to Brooks by the Metropolitan police. The arrest of the Brooks' comes as the Cheltenham Races kick off.

Details of this whole mess can be found HERE

There is also a fun interactive graphic HERE