The Sheffield lad, raised on football and Old Labour, has played tough guys for most of his acting career but jumped at the part of transvestite Tracie. 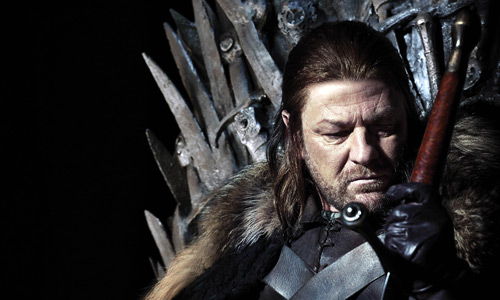 Smooth arms and hairless legs are not something I associate with Sean Bean – a man who oozes testosterone. Nor indeed is finding three pairs of high heels in his kitchen. But Britain's toughest action hero has just finished filming the role of transvestite Tracie in Jimmy McGovern's award-winning television series Accused, which will be broadcast this year – and the smooth limbs, and shoes he wore to practice his heel walk, remain.

"I got pretty good at it, walking on cobblestones and all sorts. I had a full body wax, the high heels, short skirts, bras – everything – it was proper full-on," he says in his deep Sheffield accent. "I became totally absorbed: it was wonderful being involved in it, I just didn't want to leave it, the character. I became very close to Tracie. It's a brilliant script: very moving, very dark humour."