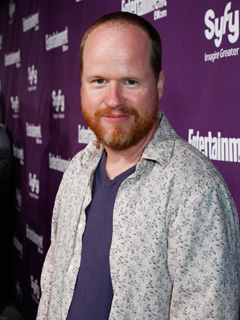 One of the most tantalizing mysteries about Marvel Studios’ The Avengers has been the identity of the mysterious creatures at the heart of the film’s world invasion plot. Are they the Skrulls? The Kree? The reptilian baddies from Galaxy Quest?

Turns out, it’s none of the above. At “A Conversation with Joss Whedon” at the SXSW festival, I asked the Avengers‘ writer-director to identify finally who these rogues are. “It’s the Vulcans,” Whedon joked. “I don’t know a lot about the Marvel universe, and I thought there were Vulcans. I know we’re going to get a lot of emails about that one.” After the audience laughter died down, Whedon actually answered the question with a surprising revelation: “I will say only this: It is not the Kree or the Skrulls.”

Oh, really? “Those two aliens are Marvel mainstays and have enormous backstories,” Whedon explained. “They have a big life of their own that just could not be contained in a film where I already had seven movie stars.” I asked Whedon why everyone was being so coy about who these aliens really are — was it because they knew they weren’t including either of these high-profile Marvel aliens, or is there some other revelation they’re concealing? Whedon ably dodged the question with another, perhaps less surprising revelation: “What’s probably happening is that I just said something that Marvel didn’t want me to. It’s weird to be fired so late!”

Whedon elaborated that after reading so much speculation that the identity of the aliens had to be the Skrulls or the Kree, he didn’t want anyone to go into the film and be disappointed. “The Skrulls — they can shape change. That’s a whole thing,” he said. “I’ve already got Loki. He’s got magic. Once you got magic along with your Iron Man and your Black Widow — it’s a real juggling act.”

Whedon discussed that while he enjoyed having the keys to Scrooge McDuck’s money pit for the first time in his career, he still wanted to build limitations into the budget for The Avengers. “When you can have everything, everybody wants to give you everything, and then it’s very hard to make things feel real,” he said. “To make things feel lived in. So we had to work hard at taking the big budget out of the movie. Too much Scrooge is not a good thing. We have to think more creatively about cutting the budget and limiting ourselves.”

As for Whedon’s next project, he confirmed that, as EW first reported, he’ll be doing the Web series Wastelanders with Warren Ellis. But first he’s got the release of the long-delayed The Cabin in the Woods — which had its world premiere Friday night at SXSW — and finishing post-production on his micro-budgeted adaptation of William Shakespeare’s Much Ado About Nothing. After the Q&A, Whedon told me backstage that work on Much Ado had been delayed a bit as he puts the finishing touches on The Avengers — and will likely be delayed further, as he’s about to start on yet another brand-new undertaking: composing Much Ado‘s score.