Theft of his beloved first ever Superman comic premise for new film. 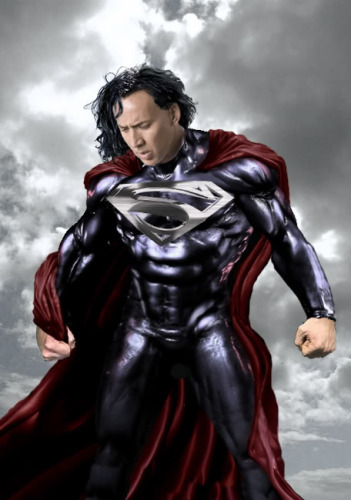 He won't feature in this summer's blockbusters The Avengers or The Dark Knight Rises, but Nicolas Cage is still one of Hollywood's top super hero enthusiasts.

As first revealed by The Hollywood Reporter, the story of the theft of the Oscar winner's Action Comics No. 1 -- the first ever Superman comic -- is being developed into a movie written by Reno 911! creators Robert Ben Garant and Thomas Lennon. The book was stolen in 2000, recovered in 2011 and sold for $2.16 million in November.

Cage was an avid comic collector, having splashed millions for vintage books early last decade, and even wrote his own series, the New Orleans set, six-issue Voodoo Child.

On the big screen, Cage has played -- and nearly played -- a whole host of super heroes. Already this year, he has taken his second turn as Johnny Blaze in Marvel's Ghost Rider -- his first came in the 2007 film, and in 2010 he starred as Big Daddy in the big screen adaptation of the comic book Kick-Ass. He's worked with Disney on The Sorcerer's Apprentice, which, while not a comic book adaptation, saw him play with magic and heroism all the same.

In the late 1990s, he was attached to play a radically re-invented Man of Steel in Tim Burton's Superman Lives; screen and costume tests, which leaked on to the internet in 2009, reveal a much different vision of the classic hero. The film fell apart thanks to script and budget issues, denying Cage his opportunity to play the icon. 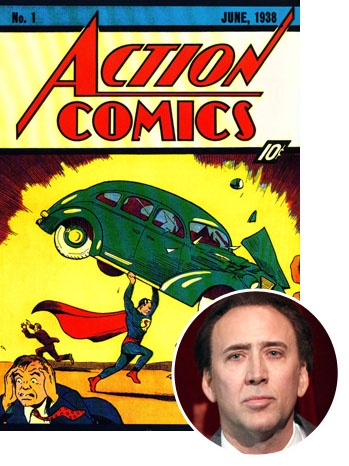 Just because it's been a while since we've had a Nic post tbh.