Zayn's first appearance since the death of his aunty.

Back for good: Zayn Malik makes first red carpet appearance with One Direction following the death of his aunt

After missing several dates on tour in the USA with his band-mates, Zayn Malik is firmly back in the swing of things with One Direction.

The X Factor finalists made a triumphant red carpet return as a five-piece band for the first time since Zayn, 19, arrived back in the States.

The Bradford based singer had to rush home last week following the death of his aunt but was welcomed back to the fold and continued the promotional tour with the other four members, last night, in New York. 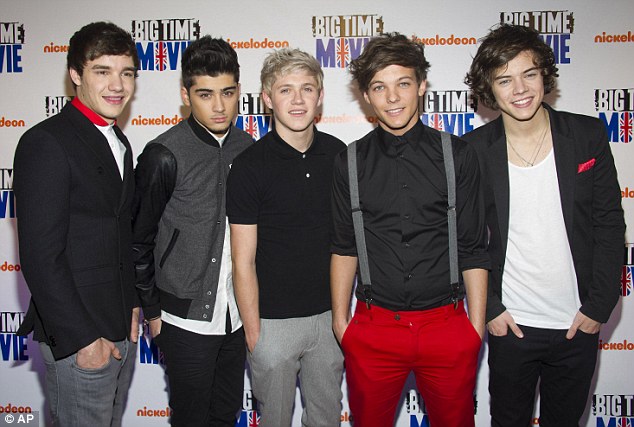 Back again: Zayn Malik made his first public appearance with One Direction since returning to the band this week

Back to his pouting best, the dark haired star looked right at home as he posed up with the other lads and the band finally looked complete.

Zayn was dressed in his usual preppy style and wore a grey Letterman jacket with black leather sleeve, which he teamed with a white shirt and black jeans.

The boys are becoming quite the in-demand stars in the States and were guests of honour at the Big Time Movie premiere starring fellow boy-band Big Time Rush, at 583 Park Avenue. 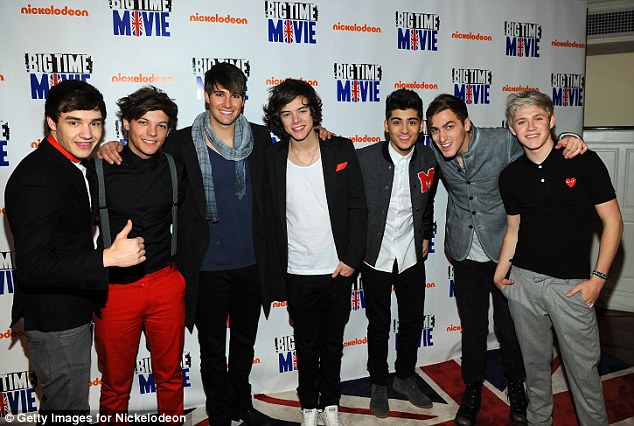 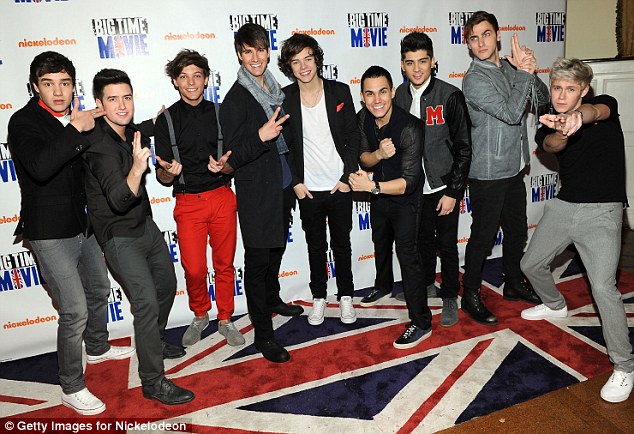 When boy bands collide: One Direction and Big Time Rush gelled together to form one super band

The monumental meeting would have had screaming fans swooning in disbelief at the two sets of heartthrobs mixing together like old friends.

The British lads could learn a thing or two from their slightly older rivals, but they worked the carpet like seasoned professionals and matched Big Time Rush pose for pose.

One Direction have already appeared in a Nickelodeon TV show called iCarly and their stock is set to rise further as they have been confirmed to perform at Nickelodeon's Kids' Choice Awards.

The lads even feature heavily in an advert for the awards show alongside Hollywood heavyweight Will Smith, in which they kidnap him and take the actor to the main office where they show him what they have planned.

The boys may have girls clambering for them on a daily basis now, but, they are still getting used to all the fame.

Niall Horan tweeted: 'It was cool to just chill and walk around NYC, carefree, never really get t see much of cities we go to , but things have changed haha'. (sic)

He added: 'Who would have ever thought, that us 5 kids could ever get spotted in the streets of NY ! #dreamscometrue'. 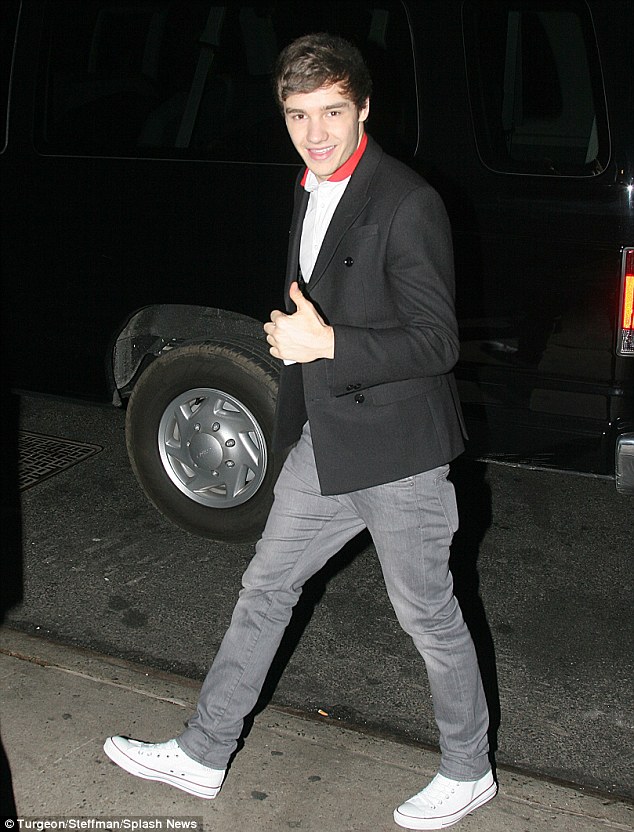 Walk like a man: Liam Payne struts his stuff in a pair of slim fit jeans and a black blazer as he arrives in New York City, yesterday evening

Earlier this week, floppy haired Harry Styles tweeted a picture of
a grinning Zayn sticking his tongue out and posing in sunglasses,
accompanied with the caption: 'Like he never left'.

Prior to posting the snapshot, Harry
was clearly excited at the return of his band-mate, saying: 'Off to a
radio interview...first show tonight with Zayn back...It's gonna be fun
:)'

Zayn also reached out
to fans, tweeting: 'Back in the US can't wait to see the boys hopefully
they haven't missed me too much aha ! :D x x' 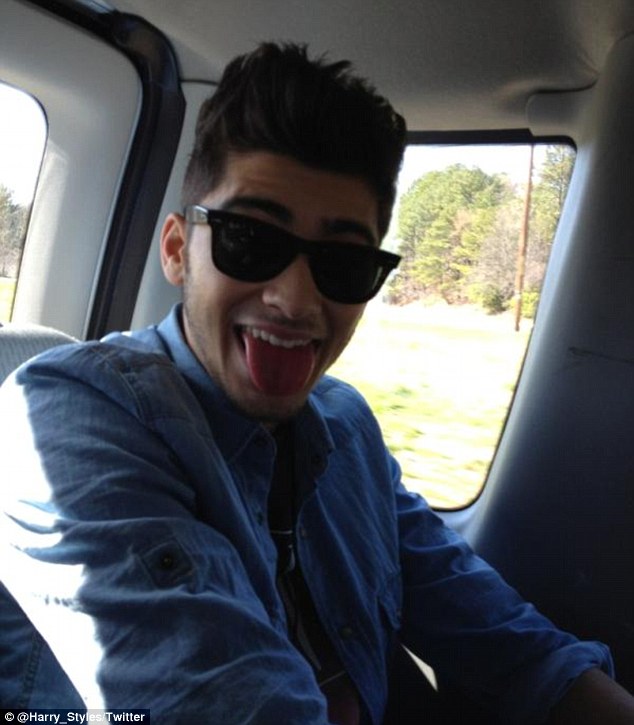 Back in action: Zayn Malik has returned to the One Direction US tour following the death of his aunt

The heartthrob missed several dates, where the boyband are supporting Big Time Rush, and Harry announced the news on Twitter last week.

He
tweeted: 'Zayn has suffered a loss in his family & has had to go
home for a few days so won't be at our next shows in the US.

'Our thoughts are with him and his family at this sad time.'