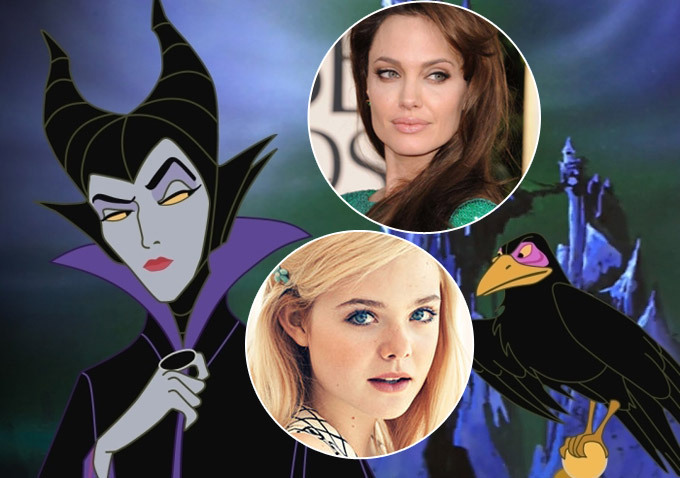 While Dakota Fanning's most recent big screen effort looks like this (lol), her sister Elle Fanning has been the one with the lucky horseshoe lately. Counting David Fincher, Cameron Crowe, Sofia Coppola, J.J. Abrams and Francis Ford Coppola among the directors she's recently worked with
, the actress is now looking to bank time with Angelina Jolie on the set of her next film.

Twitch reveal that Elle is in talks to star opposite Jolie in the brewing "Maleficent." More or less confirmed last month by Jolie as her next big screen role, the film is a reboot of the classic fairy tale (of course) that would see Mrs. Brad Pitt as the evil witch and Fanning as Princess Aurora, who gets lulled into a long slumber. We haven't seen the Broadway production, but we presume she won't be sleeping for the whole movie. The Jolie/Fanning pairing seems pretty unstoppable, and as much as another fairy tale movie makes us want to tear our hair out, it's hard to argue with those leads.

Newbie Robert Stromberg (production designer on “Alice In Wonderland,” “Avatar” and “Oz: The Great and Powerful”) is being tasked with making his directorial debut on the movie, proving Disney has learned little from taking that approach on "John Carter." No release date yet but seeing as this seems to be gearing up, 2013 is looking like a possibility.