Fox to Release Thumbelina and Ferngully on Blu Ray 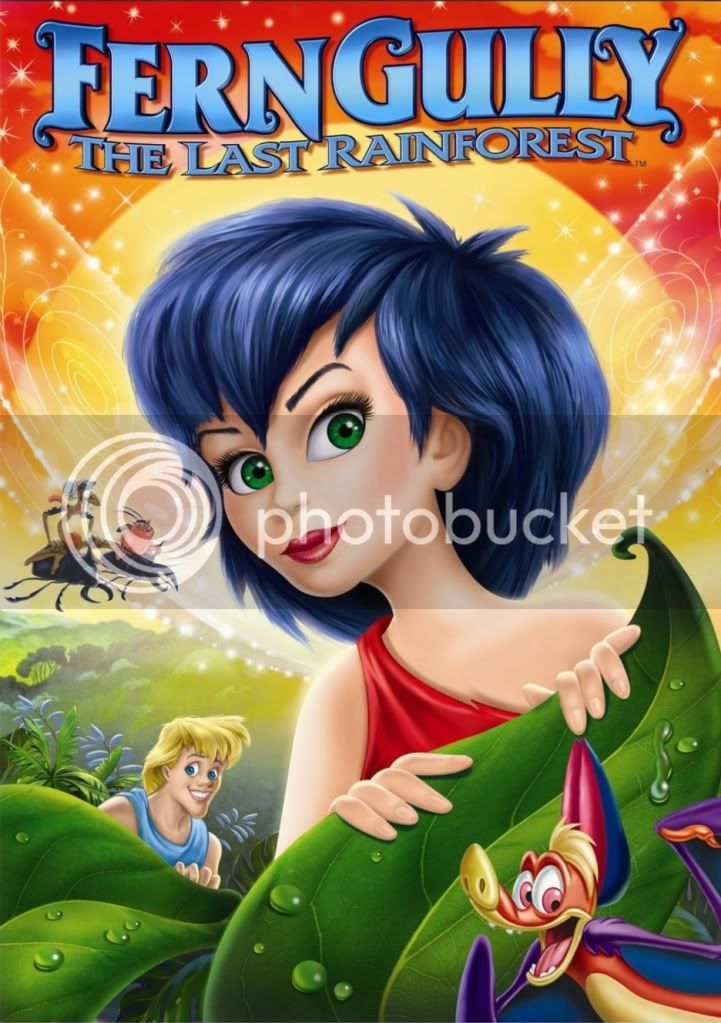 ( This cover is so creepy omg D: )
Starring a voice cast including Robin Williams, Tim Curry, Christian Slater, Samantha Mathis, Cheech Marin and Tommy Chong, FERNGULLY: THE LAST RAINFOREST is a story about taking care of the environment and the power of friendship, celebrating its 20th anniversary this year.

There's magic in the rainforest and it's called FernGully! Deep in the heart of the forest awaits a paradise filled with tiny sprites, winged fairies and tree spirits who all live in joyful harmony. But when their home is threatened by humans, one courageous sprite gives her all to save it!

Just in time for Easter, this feature stars Emma Roberts (Scream 4 and Valentine’s Day), Sara Paxton (The Last House on the Left and Malcolm in the Middle), and Joanna “Jojo” Levesque (Hawaii Five-O).

It's the end of summer and Claire (Roberts) and Hailey (JoJo) have a major problem. In just five days, Hailey's family is moving halfway around the world! These girls need a major miracle, and they get one in the form of Aquamarine, a beautiful mermaid who washes ashore in a late summer storm. Sweet but clueless to the ways of romance, she offers to grant the girls one wish if they help her find the boy of her dreams. But when they attempt to reel in the cute local lifeguard, the result is something none of them expect and they discover that sometimes what you wish for isn't what you really want after all!

From animator Don Bluth (Anastasia, All Dogs Go to Heaven, The Secret of NIMH) and award-winning composer Barry Manilow comes Hans Christian Andersen's Thumbelina - a magical story that reminds us that if we follow our hearts, nothing is impossible. When Thumbelina, a tiny enchanted fairy, meets Prince Cornelius, she is sure she's found her heart's desire. But before their romance can blossom, she is kidnapped by a family of show business toads, detained by a scheming beetle and married to a befuddled mole!

Featuring Kirk Douglas in a dual role, highlighted by a climactic chase involving 40 horsemen and 90 wild stallions thundering acRoss Snow-covered peaks, and set during the 1880's, when the Australian frontier was as wild and dangerous as the American West, the film follows the exploits of a handsome youth (Tom Burlinson) who sets out to tame a wild herd of horses. Taking on a challenge many men had attempted before him, he rides deep into the treacherous and untamed wilderness of his native timberlands where boys become men fast - or die trying.