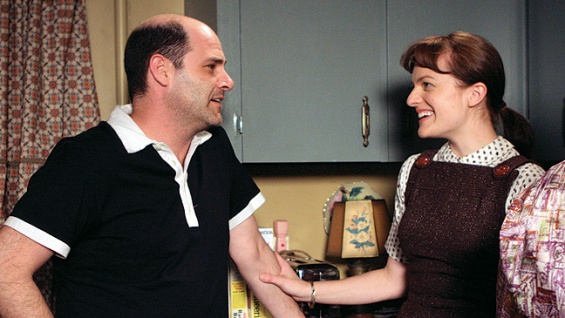 For as long as its taken for Mad Men to return to television, it almost didn't happen at all.

Creator and showrunner Matt Weiner admits in a new interview with The New York Times that he walked out on negotiations with Lionsgate and AMC over terms for the two-season pickup.

"I quit," he said. "I had come to terms with the fact that it was over. And I always end every season like it’s the end of the show."

The length of each episode was what had Weiner holding out. He says he was adamant about cutting back on content to leave more room for advertising.

"This is what the audience likes, these are the characters the audience likes, and this is the length of the show," he said. "And I definitely feel that the longer part of the show is part of its commercial uniqueness. And it’s a scarce product to begin with. There’s 13 a year. So you have to give them that in the form it is. It’s like changing a novel into a short story, to me."

Admitting that "everything worked out" in the end, Weiner does acknowledge a fear that the show might have carried on without him.

"There was a terror in me that someone else would come in and do it," he said. "And I don’t know how they would do it, but I would have to live with that."

Weiner is not the only member of the Mad Men team to speak out about the long negotiations that delayed the series' fifth season. Appearing on Late Night With David Letterman, star Jon Hamm recently offered his take.

"These decisions get made ... at a much higher pay grade than I'm allowed to partake in," Hamm said. "I've described it thusly, and I've gotten in trouble, so I'll do it again the same way: when billionaires fight, it takes a lot longer to, like, settle. So we had some very wealthy people determining how long we would be off the air."