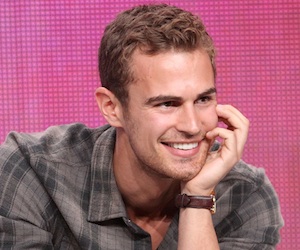 He’ll play the lead role of Walter William Clark, a young, ambitious police officer who rises quickly within the department — maybe too quickly — after breaking up a major drug ring and becoming a hero. Phillippe was originally cast in the role but dropped out after getting cold feet.

NYPD Blue vet Nicholas Wootton penned the pilot and will serve as an EP alongside Berlanti.