zelda williams speaks out about the presumed nepotism in hollywood 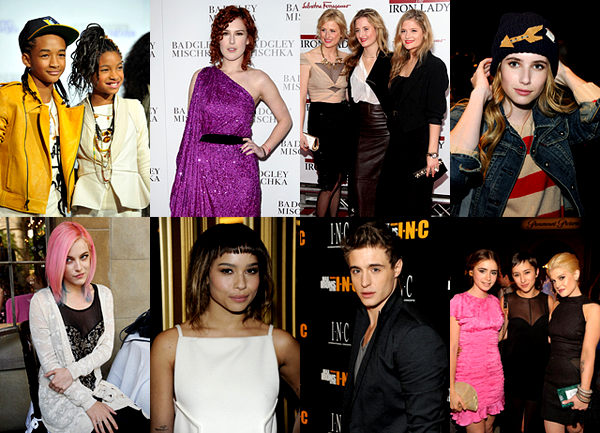 FYI: This is an open letter addressing what I’ve often found to be a popular view on the ‘kids of’, an entire generation of the children of actors, singers, producers, directors and entertainment professionals in general.

To whom it may concern,

Having heard the word ‘nepotism’ thrown around my entire life, even before I decided to purse an acting career, it is nothing new to hear similar words discussed now. But I finally feel the need to address some things. Is it a fool’s errand to even give in to such a fruitless discussion? Perhaps. But while I’ve never been one to listen to misinformed naysayers I am protective of my friends and colleagues and I’ve found myself more and more concerned by how negatively people have been treating them as of late. It’s time someone shed some light on the subject, perhaps started a more educated conversation. Hey, a girl can dream, right?

However, I would like to make it clear that while I’m speaking about a generation I am a part of, I’m not speaking FOR them. These are my views alone. (op: Emma Roberts agrees though).

It’s interesting to me that so many people out there seem to enjoy harshly judging the children of entertainment professionals if they follow in their parent’s footsteps. However, these critical views aren’t original and they certainly aren’t new. People have always made presumptions about those who have attempted to be a part of the same industry as their previously successful parents, and much of it, as I’ve experienced, becomes disdain. Success, or even participation is often met with claims of favoritism, or nepotism, or perhaps the parent’s relevant connections playing a large role in their ascension. They cry that it’s unfair, that they are undeserving, that they couldn’t possibly have done it on their own and the result is generally ‘schadenfreude’ to its core.

And while I’m sure I’ll be frowned upon for crying ‘sexism’, I find that this sort of negativity is often particularly thrown at the daughter’s of actors (a group of which I am a part), particularly when it comes to looks. But the physical expectations placed on women in the entertainment world aside, there’s a presumption of my own I’d like to make: I think most of the shade thrown at the children of successful parents stems from the fact many people don’t want to believe that lightning could possibly strike twice in the same gene pool.

Though this might surprise some of you, I don’t entirely disagree.

Believe it or not, there are a few of us among this supposedly ‘gifted’ or ‘spoiled’ generation (depending on who you ask) that are realists. I know many ‘children of’ who are very aware (and usually very self-aware) of the effort it took for their parents to succeed, as well as the chilly reception they will receive pursuing the same success until they ‘prove themselves’. It is this very knowledge that usually causes them to pound the pavement twice as hard in an effort to attack these pre-conceived notions with admirable fervor. Can you blame them? Whether they choose to directly follow in their parent’s footsteps or take a similar but divergent path, they’re bound to face resistance. On my part, I know that some of this drive directly stems from insecurity. After all, we’re judged so harshly already, why give anyone an actual reason to find us lacking? But those inherent anxieties aside, I do find that there is one enormous benefit to being the child of an actor that helps in our efforts to succeed in a very difficult realm of work.

And it’s not one that can be explained away by money or connections.

Though I could be naïve in saying so, I think the invaluable knowledge attained even just growing up around the industry and our parents is our biggest asset as a second (or third) generation entertainer. Whether through watching or listening, a lot of us are very conscious of the ways that we could fail at what we’re working to accomplish. After all, our parents have either avoided or fallen prey to these very traps before us. On my part, I strive that much harder to avoid some of these pitfalls, ones that perhaps my fellow non-actor-progeny may stumble into. Now, if anything were to be called our unfair advantage by birth, I would think it would be this… but then, learning from previous generations mistakes has never been humanity’s strength, no matter the profession. But I digress.

This knowledge is the only thing I can think of that could possibly be deserving of the jealousy or disdain of others. After all, you can’t choose the parents you’re born to, but you CAN choose what career you decide to pursue. And whether you want to be an actor, a scientist or a lawyer, if you were born into a family that had succeeded at that very same profession you would want to learn firsthand from their successes and mistakes too. And though this may seem unrelated I would like it to be noted that it also helped that despite my parent’s success and the prevalence of the industry in our lives, they gave me the most wonderful, relatively normal childhood that a girl could ask for. I travelled, learned and made my own discoveries and mistakes from the relative privacy of my childhood home in San Francisco. I went to school every day, like a normal kid, and dealt with the same issues any child faces: bullying, bad grades and good, peer pressure. I read every book I could get my hands on, tried every sport imaginable, and attempted a number of times to find an industry more suitable or accepting of me than the one I currently reside in.

And I still chose to be an actor and writer. So to all those may think my parents chose this life for me, or groomed it to await my arrival, the only thing they did was provide me with such a great upbringing that I became a strong and independent enough woman to look at this scary industry and still choose it for myself.

In any case, to whoever is reading this, I am in no way discrediting or denying you your own opinion. Hell, by even pursuing a career in the public eye I knew that I should at the very least expect others to have their own opinions on me, my life and my family, whether they were informed enough or not. But no matter your views on me, my abilities, my peers or this industry, I’d like to thank you for reading this. If nothing else, it means there are at least a few others out there who are interested in and have now heard one other side to a many faceted discussion.

Hopefully, I’m not the only one who wants to hear them all.

i think it's time to drop that awful nickname some of you have for emma roberts (espesh when so many of your older favs have famous parents too)!! ♡
Tags: actor / actress
Subscribe