In a new, behind-the-scenes video, the ex-cheerleaders, casting couch hotties, and Vegas bottle girls that make up the Pussycat Dolls 2.0 can be seen taking off their clothes and being sexy as they shoot the artwork for their new single “Ready 4 Peace”.

Don’t you just love the title? It’s so political. The song must be some kind of anthem about the ongoing conflict between Israel and Palestine. Better yet, it could be about the feud between Kim Kardashian and Paris Hilton. Either way, it’s hard-hitting stuff.

If you watch this video closely, you’ll notice Robin Antin hungrily sizing up the Dolls’ as she decides which parts of their bodies she will have removed and transplanted onto her own so she can remain young forever.

“Yes, I’ll take the silicone from Lauren’s plastic breasts, Chrystina’s big behind, and the vagina from that chick I styled to look like Amber Rose.” 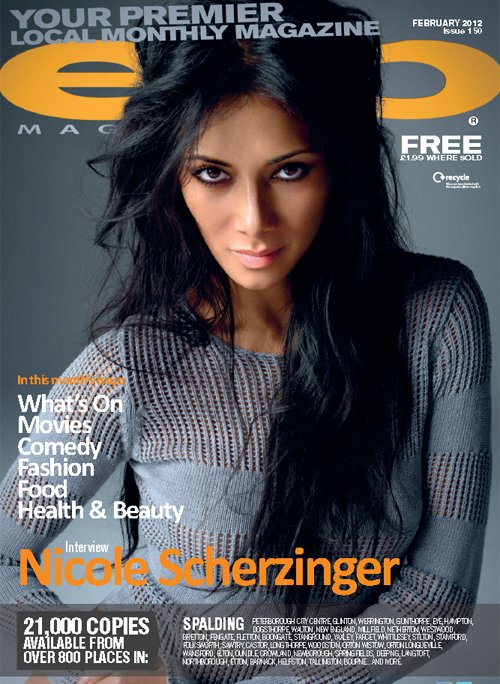 Nicole Scherzinger is super sultry for the latest ESP magazine.

The popstar sported a grey long sleeved sweater whlist mysteriously looking at the camera for the cover, whilst inside she a sexy black bandeau and tight trousers.

She also spoke to mag about her career and desire to one day star in a Broadway musical.

Check out some of the best bits of Nicole’s interview:

On whether she’s pleased with the reaction to her debut album:
“Oh my gosh, I am beyond pleased, it means everything to me. I’m so happy, I’m so excited and I’m so grateful. I mean I had my first number one single in the UK, and am very fortunate to have five singles there from this album so far and I’m so grateful for my UK fans, Pussycat Doll fans and X Factor fans there.”

On her hopes of embarking on a bigger tour:
“That’s my goal, that’s my dream, that’s why I’m putting my own money into this tour and that’s why I’ve been preparing for it. That’s my ultimate dream – to have a world tour, but also a bigger UK tour. But you’ve got to start somewhere and I’m honored that I get to start in the theaters and that the fans are going to come out for it. I can guarantee the shows are going to be so great that fans will be wanting more so I’ll be back!”

On whether she’d like to be in a musical:
“Absolutely, theatre has a big part of my heart. There’s nothing like the stage, and that’s why I was honored to play Christine in the Phantom of the Opera at the Royal Variety Show. It’s just rewarding, as an artist, for me to be able to have that outlet and to do that part of me that I love.”

For more on Nicole, check out ESP.