Most of Downton Abbey Cast Re-Signs Through Season 5! Who's Holding Out? 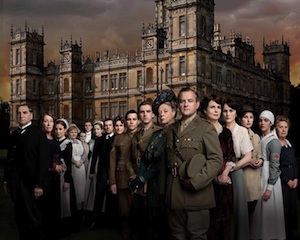 Heirs shmeirs! Whether it’s Matthew or the man without a face who inherits it, the future of Downton Abbey is secure!

Those who have yet to sign on the dotted line (the key word there being yet) are Dan Stevens (Matthew), Siobhan Finneran (O’Brien) and Jessica Brown Findlay (Lady Sybil).

The cast’s original pacts carried them through the currently-in-production Season 3 (slated to air stateside in January 2013). The new contracts were inked despite the fact that Abbey has yet to be officially renewed beyond Season 3.