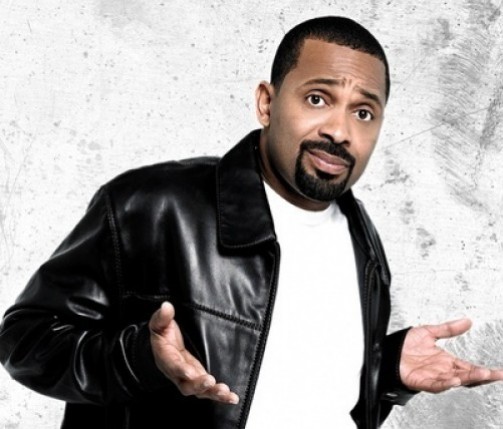 It looks like Mike Epps’ 18-year-old daughter Bria decided to put her daddy issues on display today when she called the cops on him after he threatened to “f*ck her up” during an argument they had on the phone. Now, she’s released audio from the conversation, and there hasn’t been a profanity-laden celebrity phone call this bad since Mel Gibson’s ex-girl put his phone calls on blast.

Bria says the argument began with her father after he gave two of his children a shoutout on ‘The Wendy Williams Show’ but neglected to mention the others, including her. Mike married his wife Michelle in 2006 and was acknowledging the two children they have together on the show, so Bria felt scorned about being left out and called her father to give him a piece of her mind, threatening to air some of their family drama to the media. Mike wasn’t too happy about that…

That’s where things got ugly, and there’s a tape to prove it. Bria doesn’t share the part of the audio where she yells at her father about putting his business in the streets, but she does give us evidence of the wrath of Mike Epps with the convo during which he calls her a “disrespectful little bitch” as she chimes back at him with quick, smart-assed remarks.

Check out the exchange below:

Mike: “Don’t f*ckin call me, you little disrespectful b*tch! I’ll f*ck yo ass up! I’ll whip yo ass like I shouldda been whipped you. You a disrespectful little b*tch! You the devil. ou the devil, Bria!”

Mike: “You the devil. You the f*ckin devil. I’m yo daddy! Yell like that again! You the devil. Whatever possessed you to f*ckin talk to me like that, you wrong. And I’ll tell you something…If you do anything to sabotage me, it’s gon be [there forever?]! I’m not gon’ [???] yo ass! I swear to God. [???? somebody]. If you [???] and you sabotage me like you said you would, you gon’ have a problem. You gon’ have a real problem! And everybody in yo family gon’ have a problem”

Bria: “You ain’t gon do anything but run your mouth just like you do to everybody.

Bria: “If you got a problem, you know my grandma’s address. Period.”

The Mike Epps camp tell TMZ that Bria is lying, and this whole fiasco began when she asked him to send her large lump sums of money to pay for her college tuition. Mike declined saying he’d rather pay them directly to the school, and Bria wasn’t too happy about it. Then, getting snubbed on ‘Wendy’ just sent her over the edge.

They both may need a little father-daughter counseling. Bria sounds smart lipped and Mike firing off and calling his daughter a ‘B*tch’ like she’s some random chick that he despises is just a mess.