Remember when the News of the World folded last summer over a crisis centred around phone-hacking and invasions of privacy, sparking accusation that certain politicians and the Metropolitan Police were far to cosy with the media and News International in particular?

Well, the story has reared it's head again this week.

David Cameron has confirmed that he did ride the horse lent by police to the former News of the World editor Rebekah Brooks, prompting Labour to urge him to "come clean" about the extent of his relationship with the ex-News International chief executive.

Hopes that the prime minister could draw a line under his friendship with Brooks faded after his admission embroiled him in a saga perhaps inevitably becoming known as Horsegate.

Cameron apologised for allowing a "confusing picture" about his direct connection with the animal to emerge over recent days.

He told reporters in Brussels that the horse, called Raisa, was among his mounts when he rode with his Etonian contemporary Charlie Brooks, Rebekah Brooks's husband, before the 2010 election.

"David Cameron has not been straight about just how close he was to senior executives at News International, and it's time for him come clean about the extent of this relationship."

It is not clear whether Cameron knew Raisa was a former Metropolitan police horse when he rode the animal.

The prime minister said: "I am very sorry to hear that Raisa is no longer with us, and I think I should probably conclude by saying I don't think I will be getting back into the saddle any time soon."

No 10 sources had already indicated there was a strong possibility that Cameron had ridden the retired police horse . The Brooks stables are not thought to be vast, so there was a good chance Cameron may have ridden Raisa.

On Thursday, Cameron had said it was "a matter of record" that he had gone riding with Charlie Brooks, a racehorse trainer whose stables are a central part of the so-called Chipping Norton set.

The prime minister told 5 News: "He is a friend of mine of 30 years' standing and a neighbour in my constituency, so that's a matter of record. But since I have been prime minister I think I have been on a horse once, and it wasn't that one."

Details of the loan of the horse surfaced in the London Evening Standard following evidence submitted to the Leveson inquiry earlier this week. 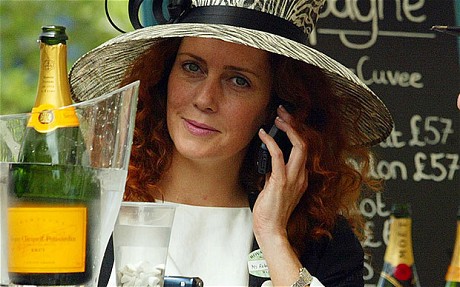 One No 10 source said Cameron's involvement in Horsegate was an illustration of the prime minister's admission earlier this year that politicians had become too close to the media.

"We know that they were all too close," one source said. "We have all accepted that politicians and the media were too close."

The source said Cameron never went as far as Sarah Brown, who hosted a pyjama party for Rebekah Brooks in Downing Street. "The prime minister does not wear pyjamas on the back of a horse," the source added.

Boris Johnson, the Conservative mayor of London, said he had not ridden the horse. "I count myself proudly as a non-member of any kind of Chipping Norton set, or anything else like that," he told BBC London. "I have not been involved in any of that."

L M A O
at this all being an actual thing. It's like the most Jeeves and Wooster political
scandal in life.