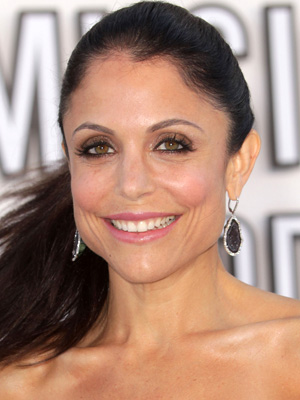 Bethenny Frankel is getting her daytime platform after all.

The former Real Housewife’s much-discussed talk show has been granted a six-week test on Fox stations later this summer. The one-hour daily effort, backed by Warner Bothers and Ellen DeGeneres, is being described as an entertainment talk show featuring her “no-nonsense perspective on everything from pop culture to current events to relationships.”

A truncated test would seem a fitting way to ease in after reports late last year that the daytime project had been pulled due to lack of station interest. The test, which has proven a successful strategy for such shows as Wendy Williams, will do done in such major markets as New York and Los Angeles. If successful, she's poised to join a landscape that's about to grow more crowded with the entry of Katie Couric, Steve Harvey and Jeff Probst.

"A year ago we determined there was a need in the marketplace for a show that provided daytime women the opportunity to hang out with someone who understood their needs, desires and aspirations... a girlfriend,” said Warner Bros. Domestic Television Distribution President Ken Werner.

The advice-based series, which will be filmed out of Burbank, will include beauty, fitness and lifestyle segments. The hope on the part of both the stations and producers is that Frankel will add a dose of relatability to the daytime market. Over the last several months, she’s appeared regularly on Ellen as an early test of sorts.

“Bethenny is a rare talent, whose sense of humor, relatability and rags to riches success story lend themselves to her being a natural talk show host,” said Telepictures president Hilary Estey McLoughlin.

Added Fox TV Stations’ svp of programming Frank Cicha, "Bethenny is a lightning rod, and from a marketing standpoint, we love the idea of her hit reality series dovetailing into this test."

Frankel will continue to build her brand in other genres and dayparts. In addition to her Bravo series Bethenny Ever After, which will return for a third season next month, she will continue to appear on Ellen. Her first novel, Skinnydipping is set for release later this spring.