Rumor: Beyonce to give birth any moment

Beyonce will be losing her baby bump as it is reported that she will be checking into a NYC hospital to give birth as early as today!

According to reports, the staff and security at St. Luke's Roosevelt hospital in New York were called and informed that a very high-profile patient would be checking in to give birth today.

The secret celebrity booked half of an entire floor that hosts VIP's and is called the "Labor and Delivery Suite". It sounds just like a hotel!

Of course, there is no official word that this is Beyoncé who will be checking in, but it would make sense for the singer to keep things under wraps since she doesn't want a mob scene at the hospital.

Do you think Beyoncé is going to give birth today? By her own admission she is over 9 months pregnant now so the baby is due at any moment. It's exciting to think that today could be the day that a little Bey/Jay is born!

Could I maybe give it away or something? I'm not really that into HP and I'm sure someone else would appreciate the prize more than I would.

IDK why this hasn't taken a gate name followed with w thorough investigation?

Oh the scandal!
(no subject) -

ambeaux
December 27th, 2011, 07:34 pm
I am so glad I'm not the only person who remembers that! I remembered because one of my kids was born in Feb so I started counting backwards when she first said that (like in Sept?).

I think if we're all honest and Beyonce WAS really pregnant we would be seeing all KINDS of belly photo shoots or public appearances. She's hardly an introvert and would probably be gorgeous preggers. The fact that she's stayed out of the limelight validates the surrogate story, imo.
(no subject) - 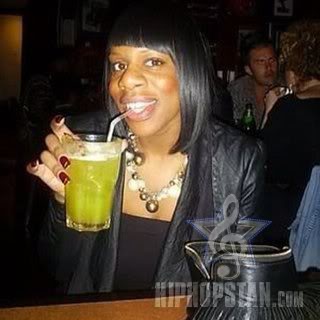 vivamusic
December 30th, 2011, 09:07 pm
they seem pretty religious and traditional, I think they'd pick nothing too crazy. As I was writing this I thought, but also look at Beyonce and Solange's names lol! mmmmm.....I still don't think it'd be anything crazy haha

rainbowchelita
December 27th, 2011, 07:16 pm
Are we still believing she is actually pregnant?
(no subject) - (Anonymous)

dancedallnight
December 27th, 2011, 07:18 pm
no. I think she's legit pregnant. i was in shock when my mom called to talk about the baby bump scandal and gave all these reasons why she believed beyonce was faking it. I would offer explanations as to why i think she's really pregnant, and my mom would counter everything. i was just like okay i give up.

aka_plynn
December 27th, 2011, 07:46 pm
I don't. But none of the believers will be satisfied unless B tweets pics of her episiotomy stitches will her face in the background next to today's newspaper.
(no subject) -

zygopetalum
December 30th, 2011, 06:00 am
i believe she is legit pregnant. it was actually really smart to wait for the reveal at the VMAs after she'd been carrying for a while. she's a really private person - i can't imagine that she'd want to risk a miscarriage in the public eye. 6 months is a long time to wait - hence her excitement during the awards.

i think she was padding or something because that bump slip during that talk show was insane.

fever
December 30th, 2011, 07:50 pm
probably not the only one, but when I asked someone who said "there are so many facts proving she's pregnant" what were those facts they never replied. what's your belief is holding on?
(no subject) -