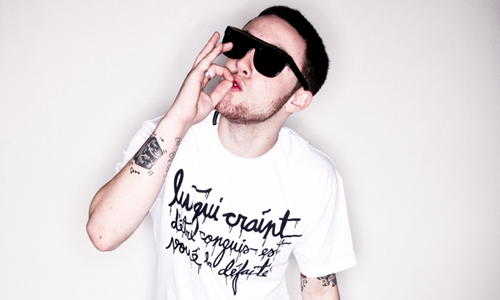 In the immortal words of Nikki Finke, “Toldja!”

That’s right, just like we said last week, Rostrum Records rapper Mac Miller’s Blue Slide Park, distributed digitally by INgrooves and physically by Fontana, will debut at #1 smack dab in the middle of Q4, with estimates of between 175-185k, which might even be conservative.

This is a triumph of social networking and good, new-fashioned viral marketing, as Malcolm McCormick, the son of a Christian architect father and Jewish mother photographer, transforms his combined 2.7 million Twitter, Facebook and MySpace followers into an impressive debut.

This is Miller’s physical full-length debut after a series of well-received digital mixtapes, an EP, On and On and On Beyond, and a smash video in “Donald Trump.”

Those figures are based on one-day sales figures from music retailers, some of whom are even holding out at brick-and-mortar outlets, though it’s looking like digital might even surpass physical on this release.

Also on tap, Chop Shop/Atlantic’s Twilight: Breaking Dawn soundtrack, which arrives before the film’s Nov. 18 release, should do between 100-110k.

Capitol/EMI’s Now 40, the latest in the compilation series, should also debut in the low six figures, with a projected total of 100-110k.

Syco/Columbia’s Il Divo album, Wicked Game, their first since 2008’s The Promise, will bow with between 50-60k.

Reprise Chicago metal mavens Disturbed’s Asylum, their follow-up to 2008’s Indestructible, is on target for a first-week total of 35-40k

Veteran Strange Music Kansas City rapper Tech N9ne’s Welcome to Strangeland, the fourth in his “Collabos” series, was released on the hip-hop star’s 40 th birthday and is looking at between 24-27k.